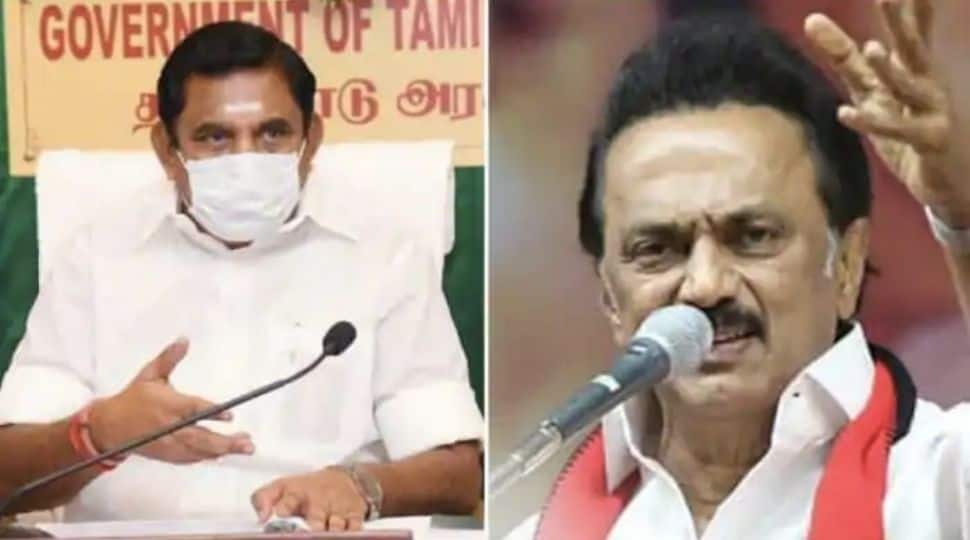 Chennai: DMK president M K Stalin will seek a third term from the Kolathur constituency here while his son Udhayanidhi is set to make his electoral debut as the party released its list of 173 candidates on Friday (March 12) for the April 6 Tamil Nadu assembly elections.

Stalin released the candidates' list at a press conference at the DMK headquarters Anna Arivalayam here, on a day when the nomination process for the polls started. Udhayanidhi will fight from the Chepauk-Triplicane constituency, represented by his grandfather, the late M Karunanidhi for three straight terms since 1996 and then known as Chepauk.

It was represented in the outgoing Assembly by the late J Anbazhagan of the DMK who succumbed to COVID-19 last year. Udhayanidhi, an actor-producer, is a third-generation politician from the DMK's first family, following the footsteps of his grandfather, former DMK patriarch Karunanidhi, and father Stalin.

Stalin said he will file the nomination on March 15 and embark on the next leg of the campaign. Since many of the parties including the Vaiko-led MDMK will be contesting on DMK's Rising Sun symbol, the lead partner will be effective in the fray in 187 seats, he added. DMK has allotted 61 seats to allies, with the Congress taking the lion's share of 25.

The DMK, out of power since 2011, is eyeing a comeback by dethroning the ruling AIADMK and has stitched up a rainbow coalition comprising the Congress, the Left, MDMK, VCK and other smaller outfits, apportioning them a total of 61 of the 234 seats at stake.

The party will lock horns in what promises to be an intense political battle with the AIADMK in 122 seats, including that of Chief Minister K Palaniswami's Edapadi and his deputy O Panneerselvam's Bodinayakkanur constituencies.

While a relatively lesser-known T Sampathkumar will take on the chief minister on his home turf, a popular local leader and former AIADMK MLA Thanga Tamilselvan will challenge Panneerselvam, who incidentally filed his nomination on Friday.

Tamilselvan was one of the 18 AIADMK MLAs disqualified earlier for siding with AMMK leader TTV Dhinakaran before he joined the Stalin-led party. He had unsuccessfully contested the 2019 Lok Sabha elections from Theni on AMMK ticket and lost to Panneerselvam's son OP Ravindranath.

Exuding confidence of a successful poll show, Stalin said the list released by him today was not merely that of candidates but a "success list." "It should be presumed Kalaignar (Karunanidhi) is contesting," he said about the polls that would be the first full Assembly elections to be held in the absence of both Karunanidhi and his rival, the late CM J Jayalalithaa.

Bypolls to 22 Assembly seats had been held in 2019 where the AIADMK won nine to retain power. DMK won the rest. Stalin said his party-led Secular Progressive Alliance was not a merely political one but was based on principles and said that the seats for all the constituents were decided on the base of "that friendship."

"The DMK is facing the polls with great confidence as it wants to provide a new dawn to Tamil Nadu which is suffering badly in the last ten years (of AIADMK rule)," he said.