A fact-finding team of the National Human Rights Commission (NHRC) arrived in Hyderabad on Saturday to probe into the killing of all the four accused in a woman veterinarian`s gangrape and murder case by the state's police in an alleged `encounter` on Friday morning. 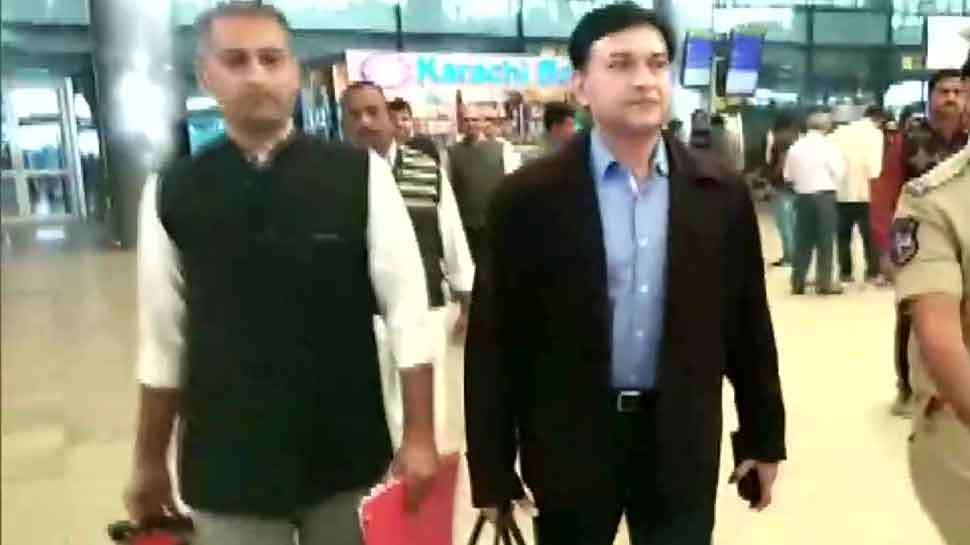 HYDERABAD: A fact-finding team of the National Human Rights Commission (NHRC) arrived in Hyderabad on Saturday to probe into the killing of all the four accused in a woman veterinarian`s gangrape and murder case by the state's police in an alleged 'encounter' on Friday morning.

According to reports, the two-member team of the NHRC will first visit Chatanpally near Shadnagar town, about 50 km from Hyderabad, where the police gunned down the accused in the alleged exchange of fire.

The team will inspect the scene of the 'encounter'` for an on-the-spot investigation and also gather details of the police officers involved in it. The team will then visit the government-run hospital in Mahbubnagar where the bodies of the four accused have been kept after autopsy late on Friday.

The human rights panel had on Friday taken cognizance of the incident and ordered an inquiry.

The NHRC said that the encounter was ''a matter of concern and needed to be probed carefully.''

It asked Director General (Investigation) to immediately send a team for a fact-finding and on-the-spot investigation. The team of the Investigation Division of the Commission will be headed by a Senior Superintendent of Police (SSP).

The human rights body also felt that the police personnel were not properly alert and prepared for any untoward activity by the accused on the spot, which resulted in the death of all four.

The incident occurred early Friday when the police team had taken the accused to recover victim`s mobile phone and watch they had hidden near the place where they set afire victim`s body on the intervening night of September 27 and 28.

The accused had gang-raped and killed the veterinarian near the outer Ring Road at Shamshabad on the outskirts of Hyderabad and dumped the body and set it afire near Shadnagar. On September 29, police arrested two truck drivers and two cleaners. The next day they were sent to judicial custody while police took custody of the accused on December 3 for interrogation.