Actress Devoleena Bhattacharjee returned to the 'Bigg Boss' house for a segment, and went on to question actress and her friend Rashami Desai's love story with Arhaan Khan. 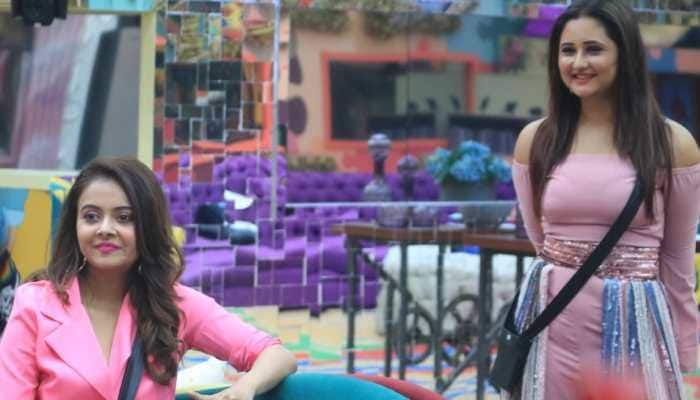 Mumbai: Actress Devoleena Bhattacharjee returned to the 'Bigg Boss' house for a segment, and went on to question actress and her friend Rashami Desai's love story with Arhaan Khan.

Devoleena, who had to leave season 13 of the show owing to health reasons, returned to the house to say goodbye to housemates and had fun with them in one segment.

In a promo video released by the makers, Devoleena is seen asking Rashami: "Arhaan ne aapse itni badi baat chhupai. Pretend kar rahi thi ki aapko pata nahi hai (Arhaan hid such a big thing from you. Were you pretending that you did not know?)"

Devoleena was referring to the fact that on the show Arhaan apparently kept the fact a secret from Rashami that he has a child.

It is not clear whether Devoleena was expressing her own opinion, or telling Rashmi about the image and situation that is being presented outside.

In another clip, Devoleena is seen telling Rashami that had she been in her position, she would have bashed Arhaan with a statement -- "bina sabun ke dho deti".

Devoleena also told Rashami that host Salman Khan, her family and everyone else had warned her about Arhaan but she had ignored their advice.

In the segment, Devoleena will also be seen flirting with Sidharth Shukla.