In tonight’s episode, Rhea shows up at Pragya’s door. She tells Pragya that she was passing by and had a headache so she stopped by Pragya’s house. 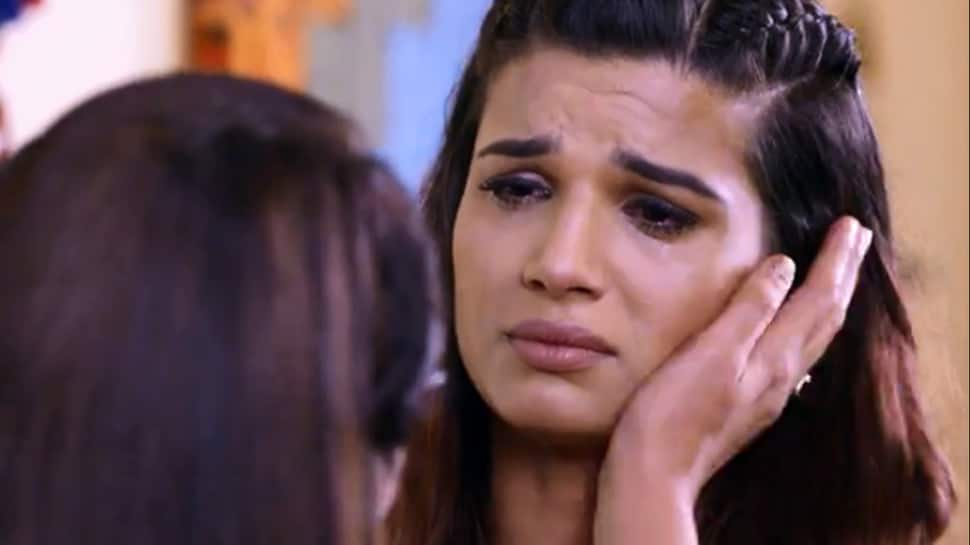 New Delhi: In the episode, when Aliya manages to meet Nish before Abhi, she offers him money and promises to get him out of jail soon. Therefore, Nish doesn't take Rhea's name in the drug case. Rhea, in turn, thanks Aliya for helping her out in the whole controversy. Prachi leaves for work with Ranbir, who again becomes rude towards her.

After Prachi leaves, Rhea shows up at her house to meet Pragya.

Daadi notices that Aliya is a changed person who seems happier. Aliya says that it is because of Purab. Meanwhile, Purab is in office. He asks his assistant to bring him the number of the CM’s media co-ordinators hoping to get Disha’s number. When he gets Disha’s number Purab remembers she already has a husband and doesn’t call her.

Shahana returns with the medicines and finds Rhea sitting with her head in Pragya’s lap. When Pragya goes to make coffee for Rhea, Shahana confronts Rhea. She accuses Rhea of trying to steal Prachi’s mother from her. Rhea drinks the coffee and while leaving tells Shahana to not mess with her or she will steal Pragya away from them.

Shahana immediately calls up Prachi telling her everything that happened with Rhea. Prachi gets worried but decides to deal with it after she reaches home. When she reaches Ranbir’s house and takes the files, Ranbir’s daadi forces him to take Prachi to work in his car. Stay tuned to find out how Prachi deals with Rhea’s threat.