In tonight’s episode, Pallavi and Vikram continue to argue while Abhi is collecting his award. 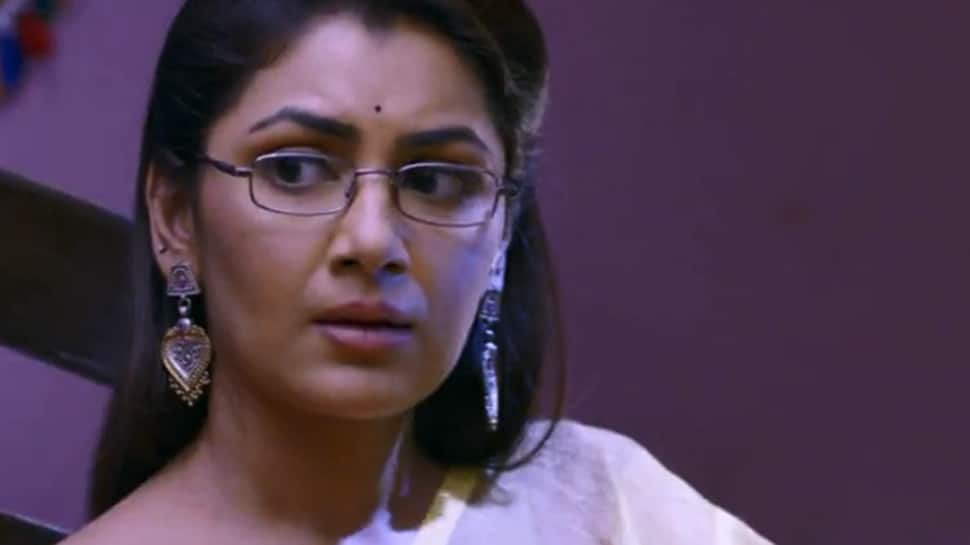 New Delhi: In the episode, Aliya asks Disha to stay away from Purab. As Aryan entered the room, Aliya introduces him to Disha as her son. Disha is shocked to know about Purab and Aliya's son. Pallavi gets to know about Vikram's gift. Abhi gets the bravery award from the CM and asks Prachi to collect the same on her mother's behalf.

In tonight’s episode, Pallavi and Vikram continue to argue while Abhi is collecting his award. Pallavi refuses to forgive Vikram for lying to her. Pallavi tells Abhi that Vikram robbed her jewellery and then lied to her. Abhi helped Vikram rob and he tells Pallavi that Vikram only did all of this to not hurt her.

Aliya sees Purab stressed out when he sits on their bed. Purab asks her to not worry. Aliya tells Purab that she is afraid of losing him. Aliya also says she didn’t like speaking rudely to Disha but she only did that out of jealousy. Purab promises to never leave Aliya, but when she goes to bed he wishes he could spend more time with Disha.

Hritik drives Disha home and asks her if everything is alright. He says he is worried about her. Disha doesn’t tell him anything. Rhea wants to impress her dad just like Prachi did. She decides to be nice to her father and even picks out his night clothes for him. Abhi sees this and compliments her efforts.

Vikram asks Abhi to come for a meeting the next day. Abhi says there’s Rhea’s fashion show the next day. Rhea says Abhi’s work is more important and ask him to go for the meeting. Vikram says first he will have to go shopping with Pallavi. Prachi and Shahana go home and gives Pragya the bravery award.

Later that night, Prachi teases Shahana for liking Aryan. Sarita asks Pragya to take her shopping since her grandson will be visiting her for Ganesh Chaturthi. Pragya agrees to go shopping with Sarita. Pragya is worried about Disha’s health. Will she go to meet Disha? Stay tuned to find out.