In tonight’s episode, Prachi meets Abhi who is crying while remembering Pragya. He tells her that he is missing his wife. 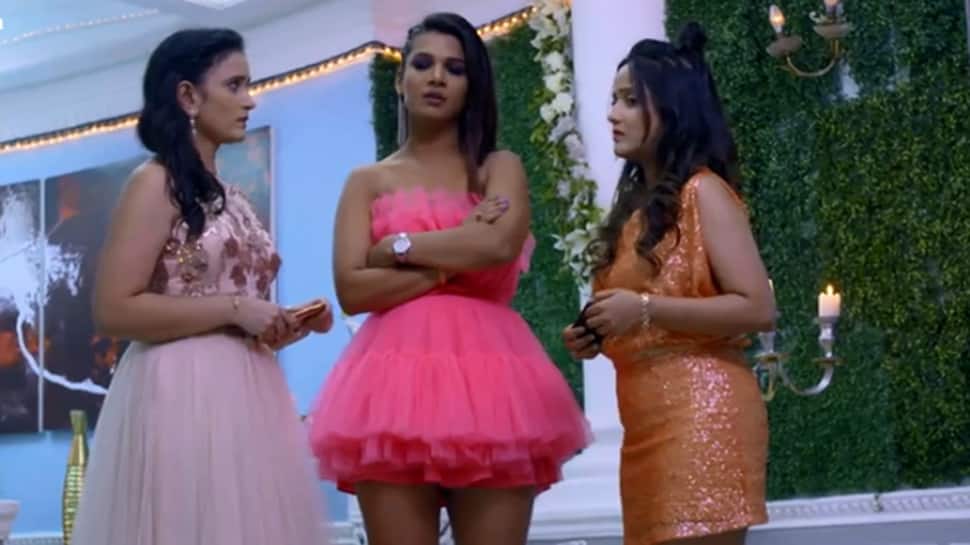 New Delhi: In the episode, to impress Rhea, Ranbir borrows Abhi's guitar and plays it on. Shahana fights with Aryan over her dress. It was Rhea's friends who tear Shahana's dress and Aryan gets angry at them for their act. Prachi helps her out and hides her torn apart in the dress in such a way that Abhi is reminded of Pragya.

Ranbir, who wanted to dance with Rhea ends up dancing with Prachi who hurt his foot. Rhea, meanwhile warns Prachi to stay away from Ranbir.

In tonight’s episode, Prachi meets Abhi who is crying while remembering Pragya. He tells her that he is missing his wife. Prachi tells him that she brought him a gift. Abhi tells her after his wife, Prachi is the first one to bring him a gift without any occasion. Rhea sees this and gets angry when Abhi hugs Prachi after seeing the gift.

Purab also remembers Disha and tears come to his eyes. Aliya sees Purab crying by himself and tries to find out what happened. She tries to dance with him, but he doesn’t move to dance with her. Purab leaves Aliya and walks away from her. Aliya wonders if Disha called up Purab to come back into his life.

Rhea tells her friends that she is angry at Prachi for getting her father a gift. Her friends tell her that they have a plan to ruin Prachi’s life. They also warn her that once they go ahead with the plan, it might ruin their own lives too. Rhea wants to hear the plan.

Abhi is sitting by himself on the terrace, missing Pragya. He closes his eyes and imagines Pragya near him. He dances with Pragya on his terrace. When he opens his eyes, Pragya disappears. Abhi calls out to Pragya. At Sarita’s house, Pragya feels Abhi calling out to her and runs to the door.

Sarita stops Pragya from running away while Mira tries to calm Abhi down. Purab meets Aliya and tells her that he was missing Disha earlier and realised he still loves her. Rhea’s friends tell her to go ahead with the plan, but Rhea tells them that the plan is extreme and can ruin Prachi’s life. Stay tuned to find out if Rhea gives in to her friends’ ideas.