Rakhi's husband tells her that even now he has more faith in Preeta than Sherlyn. On the other hand, Sarla tells her daughters to never return to Luthra House. Prithvi lands up at their place and tries to further instigate them against the Luthras. 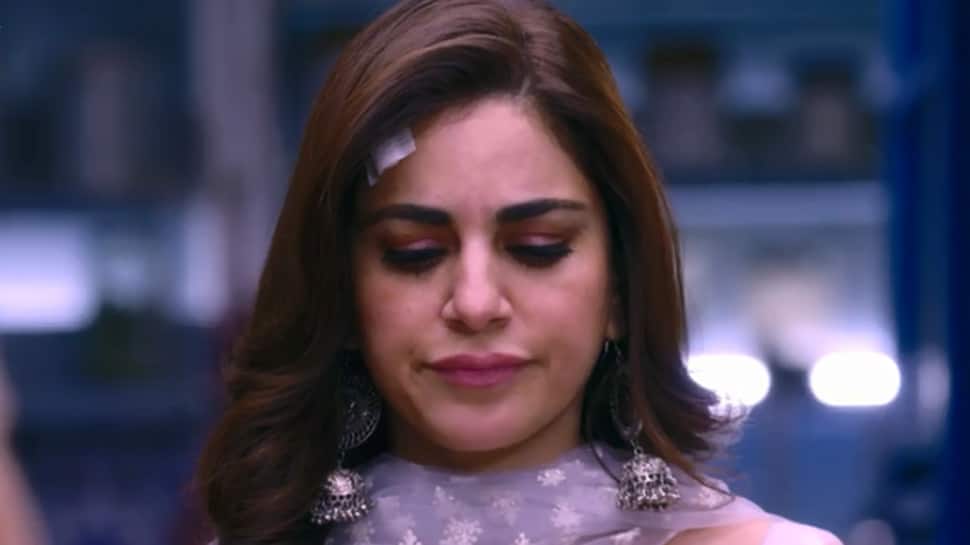 New Delhi: Rakhi's husband tells her that even now he has more faith in Preeta than Sherlyn. On the other hand, Sarla tells her daughters to never return to Luthra House. Prithvi lands up at their place and tries to further instigate them against the Luthras.

Karan calls up Preeta and vents out his anger but after a point, she refuses to take his call and this irritates him.

In tonight’s episode, Sherlyn enters Karan’s room and instigates him further against Preeta. Karan gets angry at Sherlyn and makes her leave his room. While Sherlyn knocks on the door to talk to Karan, Prithvi shows up to talk to Preeta. He asks Preeta to stop crying about Karan.

He tries to wipe her tears and tries to get close to her. He tries to make Preeta think about a future with him. Preeta tells Prithvi that she can’t think about all that now. Prithvi decides he needs to marry Preeta as soon as possible or she will leave him.

Sherlyn tells Karan from outside the door that he is right and Preeta is wrong. She angers Karan to such an extent, he punches a punching bag till his hands bleed. Later, Preeta and Karan both cry while thinking of each other. Preeta wants Karan to apologise to her, while Karan knows Preeta is wrong but he doesn’t want to lose her.

The next morning at the Luthra house, Sherlyn makes breakfast for everyone. Karan has already left the house before everyone wakes up. At the breakfast table Rishabh’s father, Mahesh gets a call telling him that the work is done. Mahesh gets fidgety. He leaves the table without eating, saying he has to meet a client.

In Preeta’s house, Prithvi shows up with a live band and all his relatives. He asks Srishti to wake Preeta up but Srishti avoids him. Prithvi tells Srishti he needs Preeta to discuss their wedding with his family. Srishti and Sarla are shocked. Will Preeta end up fixing her marriage to Prithvi? Stay tuned to find out.