Kerber will kick start her campaign at the 2019 Australian Open against Polona Hercog of Slovenia on January 14. 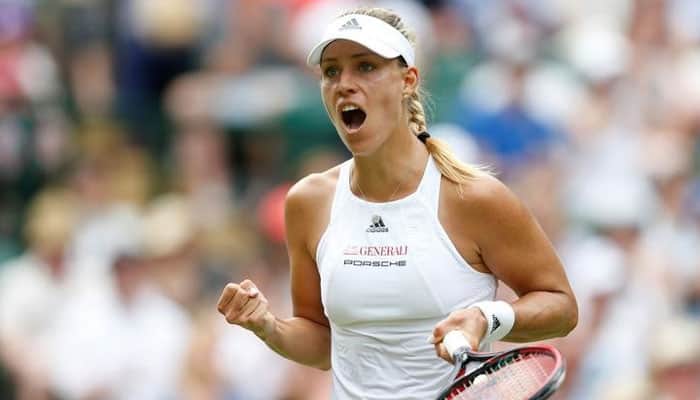 New coach Rainer Schuettler`s experience as a former player at the top level has been invaluable for Wimbledon champion Angelique Kerber and the world number two believes her poor end to last season is truly behind her.

Kerber, a triple Grand Slam winner, parted ways with coach Wim Fissette ahead of the WTA Finals in Singapore due to differences of opinion regarding the future.

A month later Kerber announced that former Australian Open finalist Schuettler would be her new coach.

"I think he is (my) first coach that also played," Kerber said on Saturday during her pre-Australian Open news conference. "He knows how it is to being under pressure, to having the emotions on court.

"He understands my thinking. On court he is also a hard worker, he loves the sport like me. We are both really trying to do our best. We have the passion. To me, it`s great to have Rainer on my team. I have a great team. I`m looking forward to the season right now," she added.

After denying Serena Williams a record-equalling 24th Grand Slam title at Wimbledon in July, Kerber suffered a third-round loss at the U.S. Open, suffered early exits at four other tournaments and failed to progress from her group at the WTA Finals, prompting the change in coaching personnel.

She looked sharp again at the Hopman Cup in Perth last week, winning all four of her singles matches, even though Germany lost to Roger Federer`s Switzerland in the final.

"I think I cannot compare this because, you know, after a long season, you are just trying to survive at the end, trying to push yourself, playing still good tennis," she said.

"But now we have a new season coming, and the motivation is really high again. You know, for me it`s important to go on court and try to make the transit in my practice sessions to the match ones. I was really working hard in the pre-season, and now I`m looking forward to the competition and playing matches again," Kerber added.

The German, who turns 31 next week, won her maiden Grand Slam title at Melbourne Park in 2016, but she was not putting too much pressure on herself or looking too far ahead.

"I`m not putting too much expectation on me... I`m here to, like always, at the Grand Slams, find my rhythm, play the first round, try to do my best and then look day by day," she said.

"I know that I am playing good right now, that I had good matches, that I have the confidence. But still it`s not easy to being here. The tournament starts from zero. You never know what`s (going to) happen. Also the conditions are never so easy here in Melbourne. But, yeah, I`m looking forward,"the German player signed off.

Kerber will kick start her campaign at the 2019 Australian Open against Polona Hercog of Slovenia on January 14.