The Spaniard, who now has 18 majors to his name, also becomes the first player to win the same Grand Slam title 12 times, going past Margaret Court`s 11 Australian Open titles. 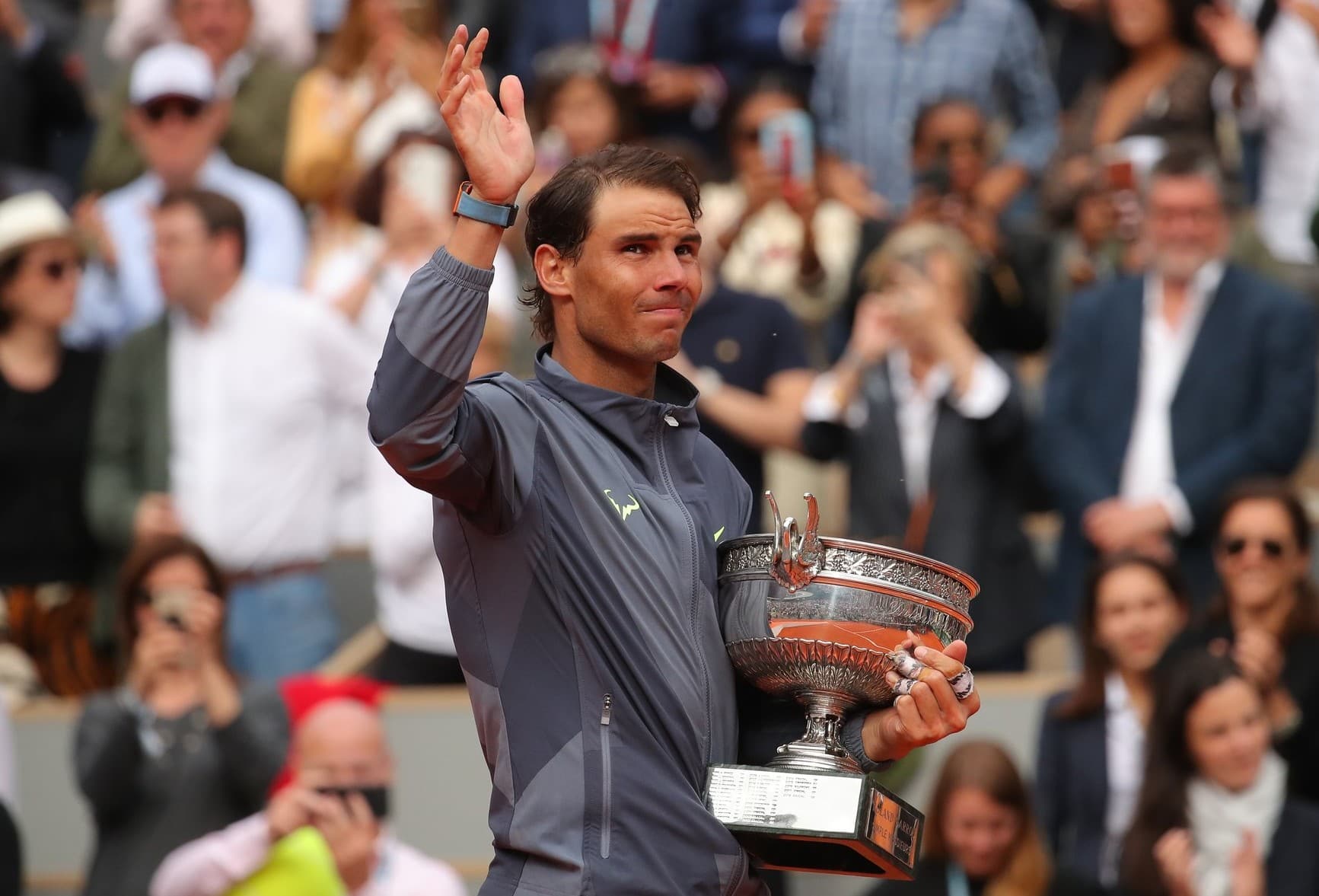 Paris: Defying the years and one of the most fierce onslaughts he has ever faced at Roland Garros, Rafa Nadal won his 12th French Open crown on Sunday, leaving Dominic Thiem crushed and a packed Parisian stadium shaking their heads in wonder. The first set had been one for the ages, the second ran it close, but after three hours and one minute all that mattered was that Nadal was once again in familiar pose, flat on his back on the clay, a 6-3 5-7 6-1 6-1 winner to clinch his 18th Grand Slam triumph in total.

Of them all, this was one of his most satisfying. "Lots of issues with my knee recently... with my foot... too many issues the last few months which makes this last few weeks very, very special," Nadal smiled to reporters, the large silver trophy at his side. "Physically and mentally I had been down."

Who could have noticed?

Rarely, if ever, has any opponent played so well against Nadal on the Philippe Chatrier centre court as Thiem did on Sunday. Rarely, if ever, has Thiem, the best of the young guns, struck the ball so firmly, or played with such purpose and aggression.

But it was not enough. Not nearly enough. Not even before Thiem ultimately ran out of steam.

“It`s incredible,” Nadal told the crowd. “For me it was a dream to play here in 2005 and I could not imagine I would be back here in 2019. It`s a very special moment for me." Afterwards he would not be drawn on his Grand Slam title chase with Federer. "Your neighbour has a nicer house than you... or a bigger TV, or better garden... I don`t see life like this," he laughed.

Physically, Thiem had looked strong and resolute but who can say what mental toll his rain-delayed semi-final victory over world number one Novak Djokovic had taken? The Austrian had had to play on Thursday, Friday, Saturday and now Sunday while Nadal had enjoyed Saturday off, having dispatched Federer on Friday before the rain set in.

Certainly it would have taken a monumental effort to remain mentally positive after playing an opening set as he did, and coming out of it empty handed. Thiem slammed backhands for all they were worth, cleaned the lines with his forehand, and the sonic boom from his serve resonated around the court.

He grabbed the first break of the match to lead the opener 3-2 but four games later it was all over, 6-3 to Nadal, the Spaniard seemingly another inexorable step towards the crown.

It speaks volumes for the world number four Austrian that Thiem came out for the second set in the same fashion -- throwing absolutely everything imaginable at his opponent.

Games passed with no break points in sight, and the tension ratcheted ever higher until the 12th game of the set when it snapped. Nadal rifled a two-fisted backhand just long to hand the levelling set to Thiem. The French crowd erupted. Thiem clenched his fist. Nadal strode to the sidelines.

But within a flash Nadal had the upper hand again, winning 16 of the next 17 points to lead 4-0 before Thiem could even register any objection. A blink later the set was over, 6-1. If Thiem had muttered ‘plus ca change’, he would have been forgiven. So much effort to claw his way back, so little to show for it now. “I had a little drop and he was coming out in the third set like a rocket... full power,” Thiem later said, as he processed the result.

Few people on the planet can hit a backhand like Thiem, even once. To do it time after time after time is boggling, but that is what it would take to unseat Nadal. Still the Spaniard rolled on, soaking up Thiem`s best shots, and the cliche beloved of numerous science fiction films and television series seemed appropriate: “Resistance is futile”.

So it proved until Thiem’s final ball drifted long and Nadal was again flat on his back, adopting the pose that will adorn back pages and websites worldwide.

By this stage, Thiem, too, could only look on in admiration. “You are such a legend in our sport,” he said to Nadal.

Later the Austrian reflected: “It`s obviously the most difficult thing in our sport to win one of the four majors. I`m happy... I gave myself already two opportunities to win one of these.
“Many -- or all — guys fail to (beat Nadal) in Roland Garros finals. Just the numbers are crazy. He won it 12 times. Twelve times the opponents in the finals failed to beat him... so, also me.”