The 15-year-old girl was dragged into the bushes and beaten to death by the accused for resisting molestation bid. 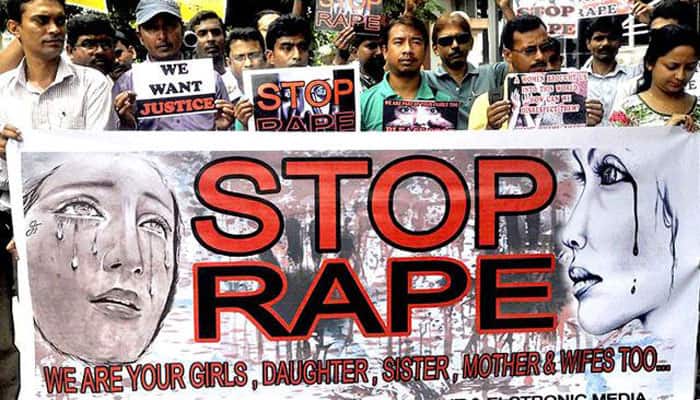 Lucknow: The Uttar Pradesh Police have arrested three boys for allegedly beating a 15-year-old girl to death for resisting their attempt to molest her in the Mainpuri district on Wednesday.

Confirming the development, the police said, ''The body of a Class 11th student has been found hanging from a tree. As per the information, the girl was on her way back from school when she was beaten by 3 boys who later hanged her from a tree. All three have been arrested.''

The girl's body has been sent for post-mortem,'' the police said.

The girl's body was found hanging from a tree on Tuesday afternoon.

As per reports, the girl, a student of class 11, was waylaid by the three accused while she was returning home from school after attending a programme organised to mark Mahatma Gandhi Jayanti.

The minor was dragged into the bushes and was brutally beaten up and killed as she resisted the molestation bid.

To make her death look like a suicide, the three accused hung her body from a tree.

After noticing the girl's body hanging from the tree, the villagers rushed to inform the police and lodged a complaint in this regard.

In a similar incident in July, the body of a Class 8 student was found hanging from a tree in a village in Muzaffarnagar district of Uttar Pradesh.

The police suspected the girl was raped and then killed in Majlispur Tofir village.

According to the girl’s family, she had gone out to answer nature’s call and did not return thereafter.

Another embarrassment for UP Police, constable suspended for sodomising minor