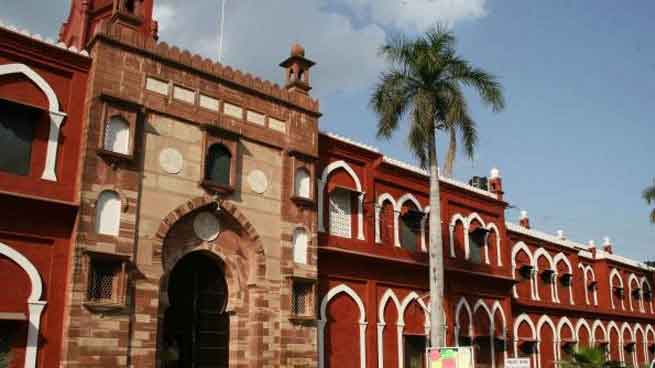 Aligarh: The Aligarh Muslim University (AMU) proctor, Afifullah Khan, has resigned from the post without defining any reasons for the same. The resignation was accepted late on Tuesday night.

The Vice Chancellor has appointed Professor Mohammad Wasim Ali of the Law Department as the new proctor.

The proctor's resignation comes days after AMU students launched an agitation demanding the resignations of Vice Chancellor Tariq Mansoor and Registrar Abdul Hamid in the wake of the campus violence on December 15.

According to police, the group of students, six of whom have been identified, had also written slogans of 'Hindutva terror down down', 'Islamophobic Yogi' on the effigies.

The students named in the FIR are Ammar Ahmad, Amirull Jaish, Nadeem Haidar, Ashif Hussain, Farhan and Nihad P.V., among others.

The Aligarh police  have also issued notices to 153 people, including women, to sign a bond agreeing that they would be liable to face legal action if any untoward incident takes place outside Shahjamal Idgah where a large number of women have been on a sit-in for the past one week against the CAA and NRC.

According to the police, men, who are providing logistic support to the protesting women, have also been issued notices.

AMU coordination committee member, Faizul Hassan, who is also the former students' union president, said that though the resignation of the proctor was a welcome move, the students will continue their agitation till their other demands, including resignation of the Vice Chancellor and the Registrar are met.

AMU spokesperson Rahat Abrar said: "The AMU is back to normal to some extent and efforts are on to resolve other pending issues including quashing of the FIRs lodged against bona fide students of the varsity".

He said, barring a few departments, classes were held in the university on Tuesday and examinations will be rescheduled soon.