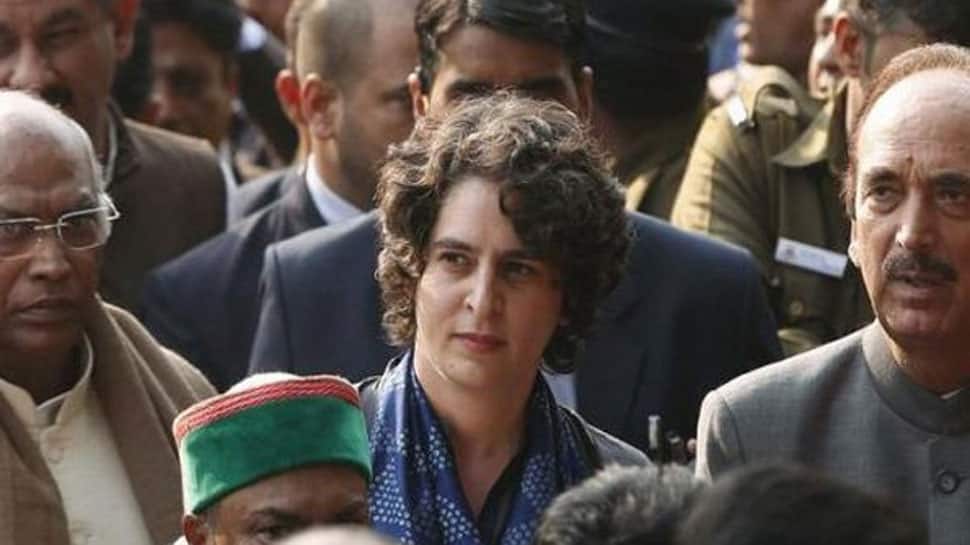 New Delhi: Congress leader Priyanka Gandhi Vadra on Sunday expressed hope that the Uttar Pradesh government will take strict action against the culprits in the hooch tragedy. She added that the Yogi Adityanath government should provide compensation and state government jobs to the families of the deceased.

"I hope that the state government takes strict action against culprits and provide compensation & govt jobs for the families of the deceased. I express my condolences to bereaved families," the eastern UP Congress general secretary said.

Calling the incident condemnable, she further said it could not have been imagined that the trade of illicit liquor flourished at such a large scale both in Uttar Pradesh and Uttarakhand.

"Sad and stunned by the death of more than 100 people in Uttarakhand and UP due to illicit liquor. This is condemnable. It couldn't have been imagined that the trade of illicit liquor flourished at such a large scale in the two states," Priyanka said.

Former Uttar Pradesh chief minister and Samajwadi Party chief Akhilesh Yadav too slammed the ruling BJP government in the state over the deaths of several people after consuming illicit liquor.

"Opposition has been notifying the government about such activities, but they didn't wake up as govt is also involved in it. Truth is that without government, such businesses can't be carried out. The government should accept that they can't run the state," Akhilesh said.

Anand Kumar, Additional Director General, Uttar Pradesh said that 46 people have died in Saharanpur, while 10 people died in Kushinagar after consuming illegal liquor that was formulated from smuggled substances.

Kushinagar SP, Rajeev Narayan Mishra, said that two people have been arrested in connection with the deaths in Kushinagar. A beat constable, police station in-charge and area officer have been suspended while the Circle Officer has been sent to the police line.