The sources claimed that two Uttar Pradesh-based political outfits will contest 35 Lok Sabha seats each, with the northern state having a total number of 80 seats. 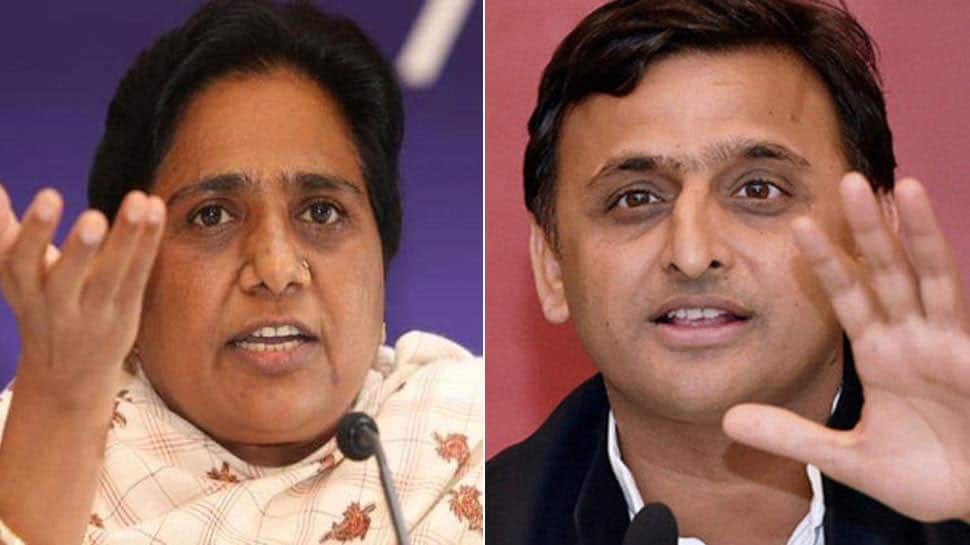 New Delhi: Ahead of the Lok Sabha elections this year, BSP supremo Mayawati and Samajwadi Party chief Akhilesh Yadav reportedly finalised on the seat-sharing formula amid talks of anti-BJP Mahagatbandhan in Uttar Pradesh.

Although there has been no official confirmation from both the parties, sources in the Samajwadi Party (SP) said Yadav met Mayawati in the national capital on Friday to discuss the final nitty-gritty of the proposed alliance.

The sources claimed that two Uttar Pradesh-based political outfits will contest 35 Lok Sabha seats each, with the northern state having a total number of 80 seats.

They added that the remaining seats would be left for the Congress, Rashtriya Lok Dal and other smaller parties.

The SP and the Bahujan Samaj Party had defeated the ruling BJP in several by-polls including the state`s Chief Minister Gorakhpur parliamentary seat. The BJP and its allies had won 73 out of 80 seats in the 2014 Lok Sabha polls.

On December 26, the Samajwadi Party leader had lashed out at the Congress for not including its sole legislator in Madhya Pradesh in the cabinet despite its support in the formation of the government and in attaining the majority mark.

On the other hand, Mayawati, a prospective partner in the 'mahagathbandhan' has already given enough hints about acting tough on the Congress.