The terrorists have been identified as Shahnawaz Ahmad of Kulgam and Aqib Ahmad Malik of Pulwama. 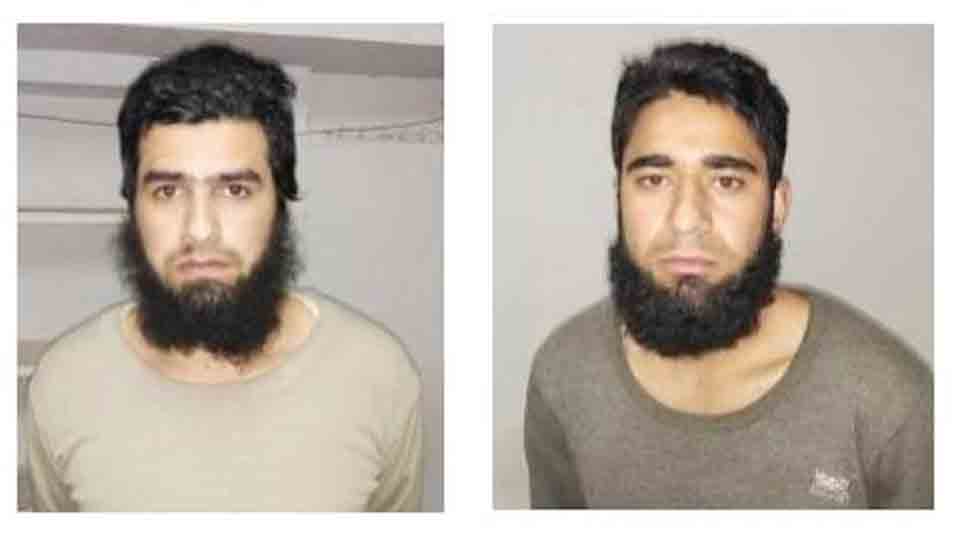 New Delhi: In a major breakthrough, the Uttar Pradesh Anti-Terrorist Squad (ATS) on Friday arrested two alleged members of terror group Jaish-e-Mohammed (JeM) from Deoband, Saharanpur. A shopkeeper, 12 students including two from Kashmir were also detained in the ATS operation in Saharanpur.

Two weapons and live cartridges were also seized from their possession.

The terrorists have been identified as Shahnawaz Ahmad of Kulgam and Aqib Ahmad Malik of Pulwama. Confirming the reports, DGP OP Singh told PTI, "ATS arrested active Jaish-e-Mohammed member Shahnawaz Ahmad Teli, one other from Deoband, Saharanpur. However, it is difficult to say whether two alleged JeM members arrested from UP came before Pulwama attack or after that."

"Of the two Shahnawaz is said to be a grenade expert. We will seek transit remand and investigate when they came here from Kashmir and who is funding them and what was their target. We are in touch with Jammu and Kashmir Police," he added. "Police is seeking their transit remand and has begun investigations," news agency IANS quoted Singh as saying.

"The operation was headed by IG Anti-Terrorist Squad (ATS) Asim Arun. Teli and Malik, aged between 20-25 years, were living in Deoband and posing as students without taking admission anywhere," Singh said. Giving details of the operation, Singh said the ATS got a tip-off about the two from an alert student after which a probe was started. The two men were arrested following surveillance.

"ATS recovered a .32 bore pistol from each of them with cartridges. Jehadi chats, videos and photos were also recovered. These are being investigated," the DGP said, adding that they will be brought to Lucknow on transit remand. "Both are being interrogated on when they arrived from Kashmir... How many other members are involved, have they succeeded in recruiting anyone in JeM, from where did they get funding and how much, what was their target after recruitment," the DGP said.

Shahnawaz Ahmad was responsible for recruiting terrorists on the order of Jaish-e-Mohammed.

As per sources, Teli is suspected to be directly involved in the suicide terror attack on the CRPF convoy on February 14. Primary reports suggest that he played a key role in recruiting terrorists on Jaish's order, to carry out terror activities against India.

On Thursday,  Indian Intelligence agencies issued warning that Pakistan-backed terrorist outfit Jaish-e-Mohammed (JeM) is planning to carry out more Pulwama-like attacks in the near future.

Intelligence agencies have alerted the security forces about fresh intercepts on JeM planning more attacks in the days to come.

About 50 to 60 local Kashmiri youths have been recruited by the JeM in last few months, the intelligence sources said.