Adhir Ranjan Chowdhury also cited the lack of support from the central leadership during electioneering in West Bengal. “After two rallies, Rahul Gandhiji stopped coming to West Bengal because of the COVID-19 situation. It also demoralised our workers and gave a handle to the ruling regime to humiliate us,” Chowdhury said. 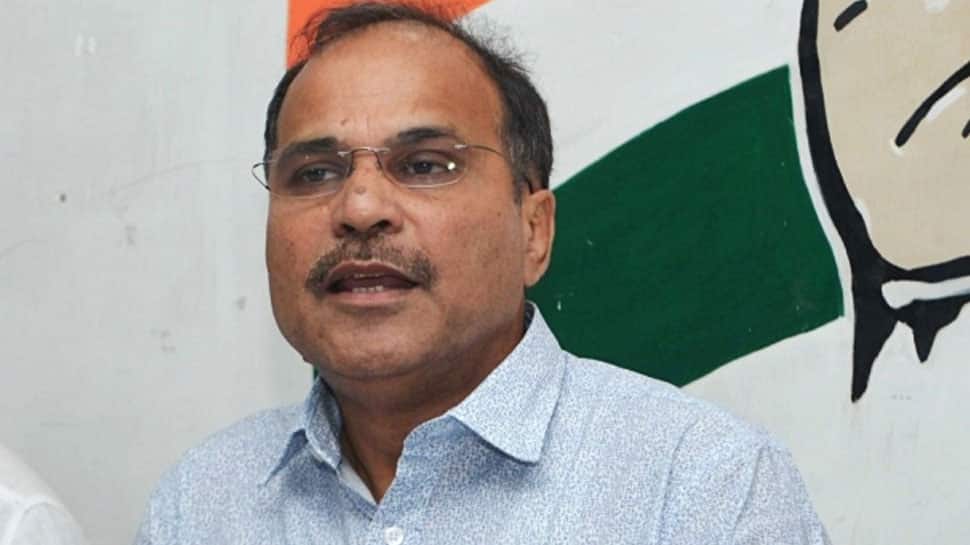 NEW DELHI: Adhir Ranjan Chowdhury, senior Congress leader and in charge of the assembly election campaign in West Bengal, has said that the central leadership of his party needs to seriously introspect over its recent whitewash in the TMC-ruled state.

Reflecting on the Congress party’s humiliating defeat in the state assembly election 2021 in West Bengal and other states, Chowdhury said that Congress needs to hit the streets and come out of Twitter and Facebook.

Chowdhury, who is the leader of the Congress in the Lok Sabha, said this while speaking to a leading news publication. Chowdhury, who had once opposed reforms in the party advocated by the Group of 23, has now called for a ''change in the party's functioning.''

Explaining reasons for his party's loss in West Bengal, Adhir Ranjan Chowdhury said that “the women in Bengal sided with Mamata and the Muslims, fearing a repeat of Uttar Pradesh in Bengal, voted in favour of Mamata."

The veteran leader regrated that his party failed to offer a concrete proposal, plan or vision to the voters of Bengal. He added that the Left-Congress combine could make things better. The Left took the initiative of forging the alliance with the ISF. The common Left workers took great offence to this.

He also cited the lack of support from the central leadership during electioneering in West Bengal. “After two rallies, Rahul Gandhiji stopped coming to West Bengal because of the COVID-19 situation. It also demoralised our workers and gave a handle to the ruling regime to humiliate us,” Chowdhury said.

He, however, said that he was ready to quit as the Leader of Congress if the AICC leadership decides so saying, “I am ready, they are at liberty to do it.”

The Trinamool Congress and the BJP may have fought bitterly against each other in the West Bengal assembly election, but they jointly did one thing, though unwittingly. The two parties have whitewashed a common rival, the Congress, from its long-time strongholds of Murshidabad and Malda districts.

The Congress, which had held its sway in these two Muslim majority districts during the Left Front rule of 34 years and the following 10 years of the TMCs reign since 2011, has not been able to open its account in this election.

Murshidabad is considered the pocket borough of state party president Adhir Ranjan Chowdhury, while Malda was at one point of time synonymous with late Congress stalwart ABA Ghani Khan Chowdhury.

Its ally in this election, as in 2016, the CPI(M) had bagged four seats in Murshidabad and one in Malda. The Congress and the Left party drew a blank in the entire state, not just the two districts, in 2021.

The TMC, which has made all efforts to edge out the parent party in earlier elections but failed to make much of an impact, has finally made it and the grand old party was whitewashed.

TMC supremo and Chief Minister Mamata Banerjee, who held a number of rallies in Murshidabad and Malda districts, stressed mainly on her anti-CAA stance, the Sitalkuchi firing incident by central force in which four persons were killed during polling on April 10 and welfare schemes of her dispensation, apart from the 'outsider' issue against the BJP leaders.

The BJP had also made a pitch for winning the hearts of the voters in the districts promising jobs, education and better road connectivity. Banerjee pitching hard on the Sitalkuchi firing incident and the BJP's pro-CAA stance might have led a large section of voters to shift their allegiance to the TMC from the Congress or the Left parties.

The unavailability of Adhir Ranjan Chowdhury, also the leader of the Congress party in Lok Sabha, on being tested positive for Covid-19 before and during the election in Murshidabad district, which were held in the seventh and eighth phases on April 26 and 29, may have contributed to the huge loss that the Congress suffered.

In the district, the TMC won 18 seats and the BJP two constituencies - Baharampur and Murshidabad - both having a good percentage of urban population. The saffron party, which has pushed the Hindutva agenda as part of its campaign in West Bengal, emerged runner-up in 10 constituencies. The Congress has been pushed to the third position in 11 seats where it had won in 2016.

Malda district in the southern tip of North Bengal also turned the Congress away, with eight of the 12 seats going to the TMC and the rest to the BJP. In this district also, Congress was relegated to the third position in several constituencies.

Such was the wave in favour of the TMC that outgoing MLA Isha Khan Chowdhury, a family member of ABA Ghani Khan Chowdhury lost the Sujapur seat by more than 1.30 lakh votes.

DNA Exclusive: West Bengal in throes of violence after poll results, is democracy in danger in Mamata Banerjee's land?