Mamata's annoucement comes hours after the SC directed the Kolkata Police chief to appear before the CBI in connection with the Saradha cheat fund case. 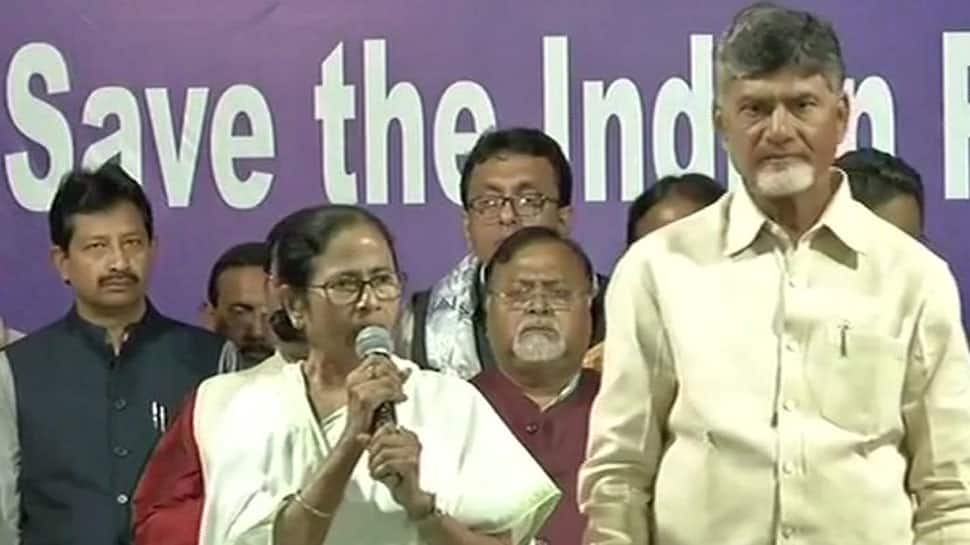 Kolkata: After a prolonged political drama, West Bengal Chief Minister Mamata Banerjee on Tuesday called off her 'Save the Constitution' dharna in Kolkata. "This dharna is victory for the Constitution and democracy, so, let us end it today," she said.

Mamata Banerjee annouced an end to her three-day dharna hours after the Supreme Court directed Kolkata Police chief Rajeev Kumar to appear before the Central Bureau of Investigation (CBI) in connection with the Saradha cheat fund case. The top court added that Kumar will appear before the investigating agency in the Meghalaya capital Shillong.

The apex court also said that no coercive steps, including the arrest of the Kolkata police chief, will take place during the course of the investigation.

She launched attacks on Prime Minister Narendra Modi and the Centre saying, "They (Central government) want to control all the agencies including the state agencies also? PM you resign from Delhi and go back to Gujarat. One man government, one party government is there."

A political firestorm was raged in West Bengal on Sunday after the Chief Minister launched a sit-in protest against CBI's bid to question Kolkata police chief in the chit fund scam cases. She had declared that her agitation was to save the 'Constitution and country' and it would go on till the goal is achieved.

A CBI team was bodily prevented from entering the residence of Kumar by Kolkata police personnel, bundled into vehicles, and detained. Contingents of West Bengal police also descended on CBI premises in the city, as a furious Mamata Banerjee rushed to Kumar's residence before beginning a dharna opposite Metro Cinema.