Strong aftershocks have jolted the desert region since a 6.4 quake on Thursday. 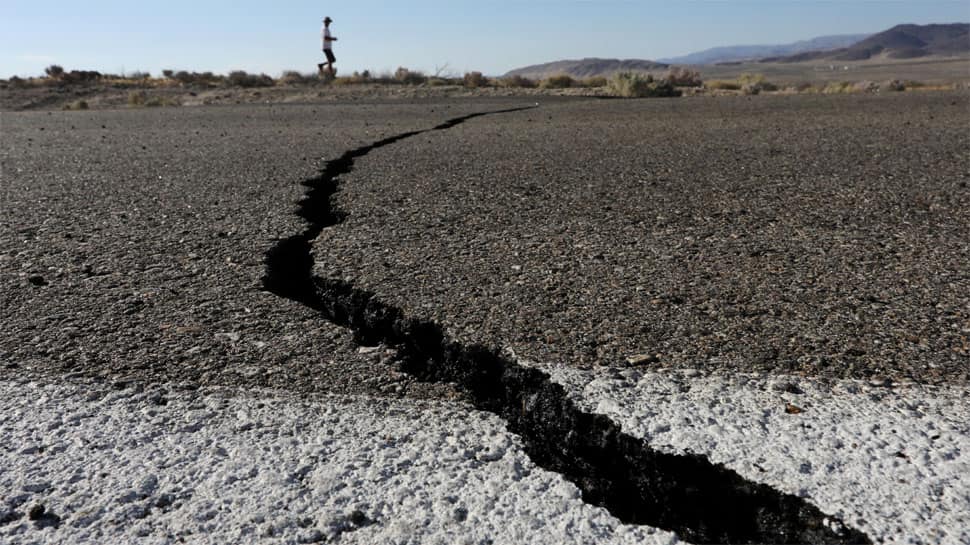 Fissures that opened up under a highway during a powerful earthquake that struck Southern California are seen near the city of Ridgecrest, CA. (Reuters Photo)
Share:
Written By:

California, US: A major earthquake with 7.1-magnitude on the Richter scale, struck Southern California, the US Geological Survey (USGC) said Saturday. Several aftershocks were felt throughout the region following the quake.

This comes a day after the strongest quake in the region in 25 years on Thursday.

USGS later revised the quake down to a magnitude of 6.9. According to local media house KTLA, "The preliminary magnitude of tonight's earthquake near the Searles Valley is now listed by the USGS as 6.9.  The quake was far shallower than the previous 6.4-magnitude and 5.4-magnitude foreshocks in the same area."

The European-Mediterranean Seismological Centre claimed that the quake was felt by nearly 20 million inhabitants in the area.