The Afghan foreign ministery told the Pakistani diplomat that PM Khan's remarks were interference in the internal affairs of the country and demanded an explanation to it. 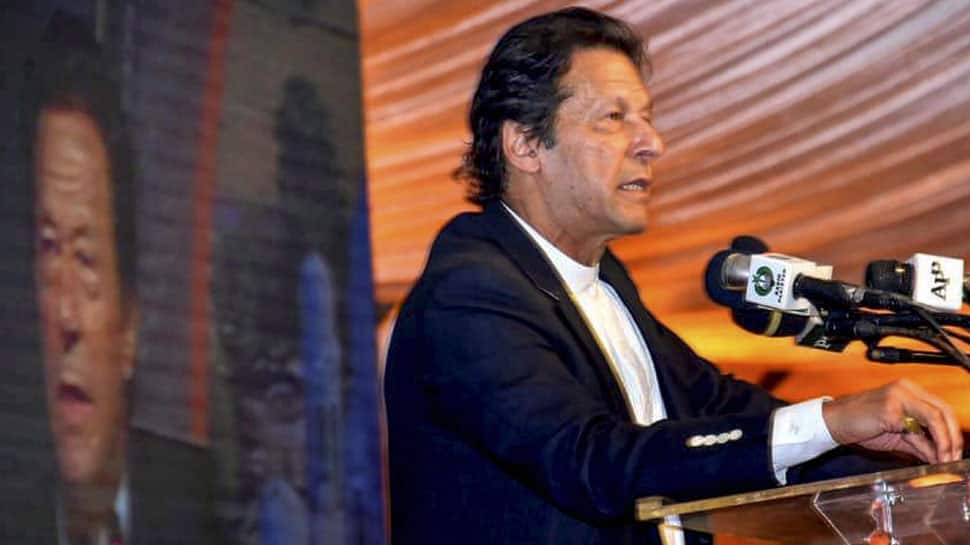 New Delhi: Afghanistan on Saturday summoned a Pakistani diplomat official from the embassy in Kabul in a strong protest over Pakistan Prime Minister Imran Khan's statement of a new government in Afghanistan soon.

The Afghan foreign ministery told the Pakistani diplomat that PM Khan's remarks were interference in the internal affairs of the country and demanded an explanation to it.

The spokesperson of Afghanistan's foreign ministry Sibghatullah Ahmadi said, "Ministry of Foreign Affairs asked Pakistani Counselor for clarification on the recent remarks by PM Imran Khan regarding the establishment of a new government in the near future. The government of Afghanistan expressed its grave objection & deemed such remarks a flagrant interference in its intern affairs".

Speaking at a public gathering in Khyber Pakhtunkhwa's Bajaur, Pakistan PM had said, "A good government will soon be established in Afghanistan."

The remark by PM Khan comes in the backdrop of Islamabad's close ties with the Taliban and Pakistan's attempts to control the Afghan peace process.

This is for the second time a Pakistani diplomat has been summoned by Afghanistan in a month. A few weeks ago Afghanistan summoned Zahid Nasrullah, the Pakistani envoy to Afghanistan after he said that Afghan peace talks will be impacted if New Delhi retaliates after the Pulwama terror attack in which India lost 40 CRPF personnel.

Afghanistan has also complained to the United Nations Security Council (UNSC) against Islamabad due to its engagement with the Taliban and attempts to subvert the Afghan peace process.

There has been growing pressure from India, Afghanistan, and Iran on Pakistan to dismantle the terror groups in its territory but Islamabad hasn't shown any keenness.