Among first acts as US President, Joe Biden to call for 100 days of mask-wearing

Joe Biden will ask Americans to commit to 100 days of wearing masks as one of his first act as president. 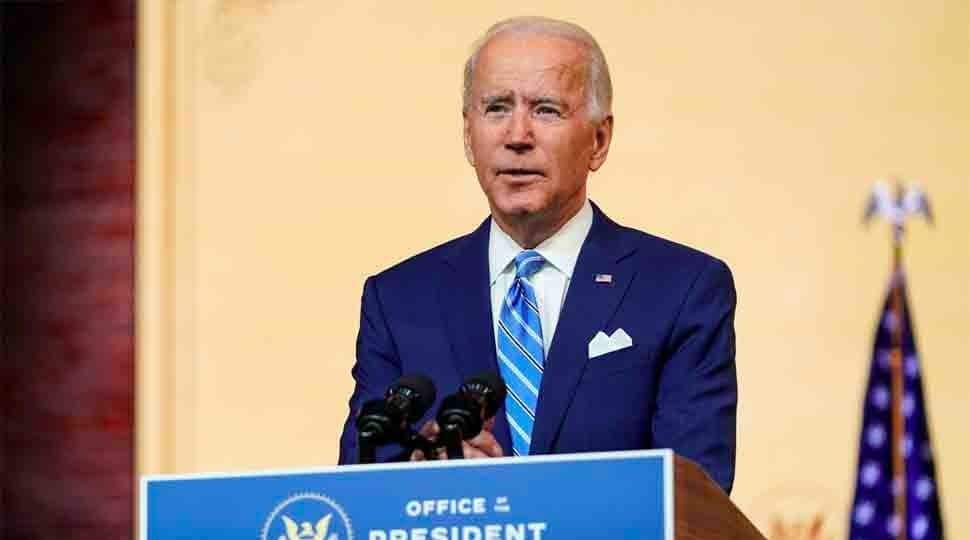 Washington: Joe Biden said Thursday (December 3) that he will ask Americans to commit to 100 days of wearing masks as one of his first acts as president, stopping just short of the nationwide mandate he's pushed before to stop the spread of the coronavirus.

The move marks a notable shift from President Donald Trump, whose own scepticism of mask-wearing has contributed to a politicisation of the issue. That's made many people reticent to embrace a practice that public health experts say is one of the easiest ways to manage the pandemic, which has killed more than 275,000 Americans.

The president-elect has frequently emphasised mask-wearing as a "patriotic duty" and during the campaign floated the idea of instituting a nationwide mask mandate, which he later acknowledged would be beyond the ability of the president to enforce.

Speaking with CNN's Jake Tapper, Biden said he would make the request of Americans on Inauguration Day, Jan. 20. On the first day I'm inaugurated, I'm going to ask the public for 100 days to mask. Just 100 days to mask not forever, just 100 days. And I think we'll see a significant reduction in the virus, Biden said.

Biden also said he asked Dr Anthony Fauci to stay on in his administration, in the exact same role he's had for the past several presidents, as the director of the National Institute of Allergy and Infectious Diseases, the nation's top infectious-disease expert.

The president-elect said he's asked Fauci to be a chief medical adviser as well as part of his COVID-19 advisory team.
Regarding a coronavirus vaccine, Biden said he'd be happy to get inoculated in public to assuage any concerns about its efficacy and safety.

Three former presidents Barack Obama, George W. Bush and Bill Clinton have said they'd also get vaccinated publicly to show that it's safe. People have lost faith in the ability of the vaccine to work, Biden said, adding that it matters what a president and the vice president do