China tightens security around Tiananmen on anniversary of crackdown

The anniversary of the Tiananmen crackdown is not spoken of openly in China and will not be formally marked by the government, which ramped up censorship in the run-up and quashed open discussion of the violence. 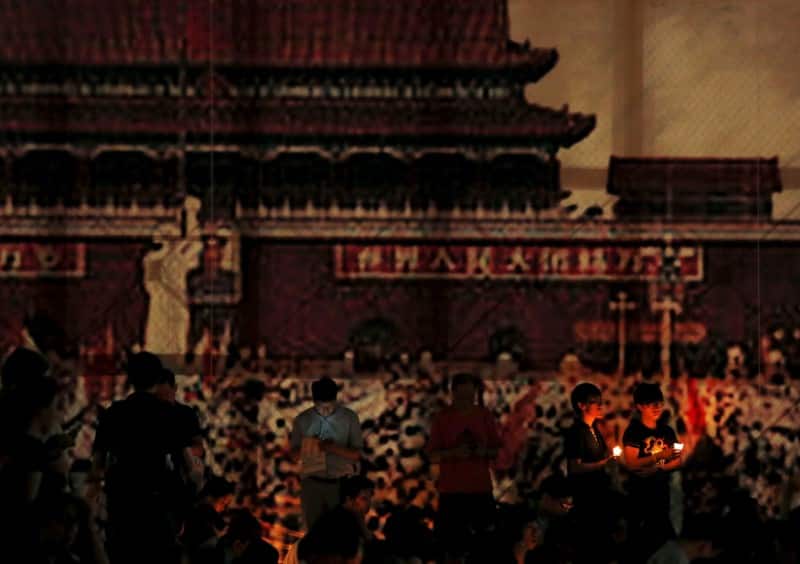 Beijing: Tourists thronged Beijing's Tiananmen Square on Tuesday amid tighter-than-usual security, although most visitors approached by Reuters said they were unaware of the bloody crackdown on student-led protests 30 years ago or would not discuss it.

The Chinese government sent tanks to quell the pro-democracy protests on June 4, 1989 and has never released a final death toll. Estimates from human rights groups and witnesses range from several hundred to thousands.

A male tourist in his 30s near the square, who gave his family name as Zhang, said he had no idea about the anniversary.
"Never heard of it. I`m not aware of this," he said.

An older woman applying the grout to a building close to the square`s south entrance said: "That`s today? I`d forgotten." She quickly waved away a Reuters reporter when security guards approached. Her colleague, a younger man, said he had never heard of the events in the spring and summer of 1989.

The anniversary of the Tiananmen crackdown is not spoken of openly in China and will not be formally marked by the government, which ramped up censorship in the run-up and quashed open discussion of the violence.

It also remains a point of contention between China and many Western countries, which have implored Chinese leaders to account for giving the People`s Liberation Army (PLA) the order to open fire on their own people.

Security on and near the square was heavy, with no signs of any protests or other memorial events. Hundreds of uniformed and plainclothes police were monitoring the square and its surroundings, conducting spot ID checks and inspecting car trunks. Thousands of visitors lined up at security checkpoints to enter the square, many carrying tour group flags.

One man, surnamed Li and aged 67, said he remembered the night clearly.

"I was on my way back home from work. Changan Avenue was strewn with burned-out vehicles. The People`s Liberation Army killed many people. It was a bloodbath," Li said, sitting on a bench about a 10-minute walk from the square.

Asked if he thought the government should give a full account of the violence, he said: "What`s the point? These students died for nothing."

Rights groups said authorities had rounded up dissidents in the run-up to the anniversary. Amnesty International said police had detained, put under house arrest, or threatened dozens of activists in recent weeks.

Among the students` demands in 1989 were a free press and freedom of speech, disclosure of leaders` assets and freedom to demonstrate. However, exiled former protest leaders say those goals are further away in China than ever before because the government has in the past decade suppressed a civil society nurtured by years of economic development.

Censors at Chinese internet companies say tools to detect and block content related to the 1989 crackdown have reached unprecedented levels of accuracy, aided by machine learning and voice and image recognition.

Chinese Defence Minister Wei Fenghe told a security forum in Singapore on Sunday the crackdown was the "correct" decision, citing China`s stability since then.

In Taiwan, the self-ruled and democratic island claimed by China as its sacred territory, the government called on China on Monday to "sincerely repent" for the 1989 crackdown and to embrace democracy.

US Secretary of State Mike Pompeo called on Beijing on Monday to mark the anniversary by releasing all prisoners jailed for fighting human rights abuses in China. "Such a step would begin to demonstrate the Communist Party`s willingness to respect human rights and fundamental freedoms," Pompeo said.

Financial information provider Refinitiv, under pressure from China`s government, has removed from its Eikon terminal Reuters news stories related to the 30th anniversary of the Tiananmen crackdown.

Indian-origin woman strangles 9-year-old stepdaughter to death in bathtub in US, jailed for 22 years