Donald Trump to nominate David Bernhardt as US secretary of interior

Trump nominated Bernhardt for the agency`s deputy secretary in April 2017 and the Senate confirmed him months later. 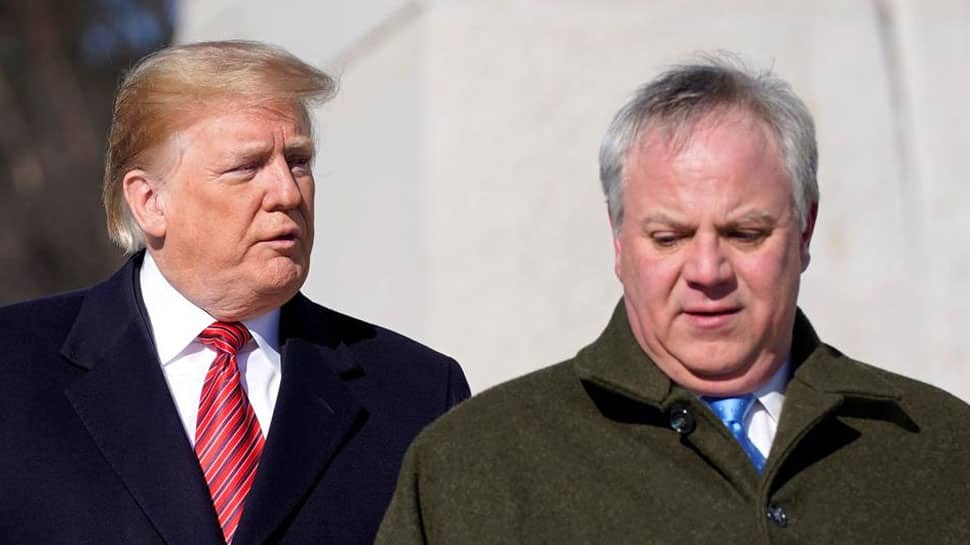 Washington: US President Donald Trump said that he will nominate David Bernhardt, acting secretary of the Department of Interior, to lead the agency. "David has done a fantastic job from the day he arrived," Trump wrote on Twitter on Monday afternoon.

"We look forward to having his nomination officially confirmed!" he added. Bernhardt, 49, would replace Ryan Zinke, who resigned in December amid ethics investigations, if Senate approves his nomination, Xinhua news agency reported.

Trump nominated Bernhardt for the agency`s deputy secretary in April 2017 and the Senate confirmed him months later. A former oil lobbyist, Bernhardt is expected to continue implementing the administration`s goal of boosting domestic fossil fuels production, by opening more US public lands to drilling and mining.

In response to Trump`s decision, Friends of the Earth, an environmental group, urged the Senate to work on exposing Bernhardt`s "numerous conflicts of interest and ethics violations, as a fossil fuel lobbyist and now as a government official."

"The Senate must reject Bernhardt because he will undoubtedly put his fossil fuel industry friends before the American people and our environment," the group said in a statement. With more than 70,000 employees, the Department of the Interior is responsible for the management and conservation of most federal lands and natural resources.

It also oversees the development of conventional and renewable energy supplies on public lands and waters.