With the highest numbers both in positive cases and death toll, the US continues to remain the worst-hit with a total of 1,562,714 cases. 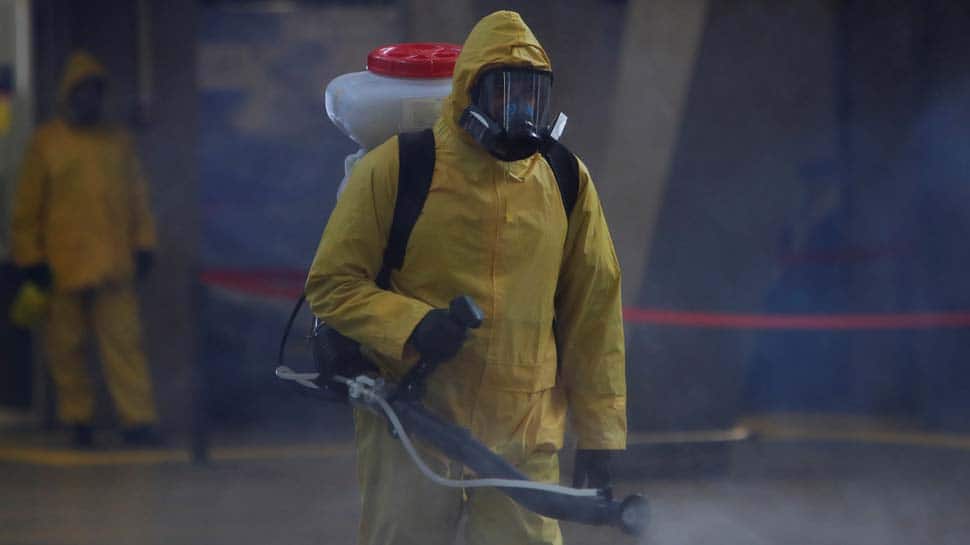 Millions more Americans filed for unemployment benefits last week as backlogs in processing claims continue to be cleared and disruptions from the novel coronavirus unleash a second wave of layoffs, pointing to another month of staggering job losses in May. The Labor Department`s weekly jobless claims report, the most timely data on the economy`s health, showed a surge to a record high in the number of people on unemployment rolls, suggested that businesses were probably in no rush to rehire workers as they reopen.

A broad shutdown of the country in mid-March to contain the spread of COVID-19, the respiratory illness caused by the novel coronavirus, has resulted in the worst unemployment since the Great Depression. "The states may be opening back up, but the labour market is still closed for millions across America and the loss of the income and spending of those without jobs will be a considerable headwind for this economic recovery," said Chris Rupkey, chief economist at MUFG in New York.

Initial claims for state unemployment benefits fell 249,000 to a seasonally adjusted 2.438 million in the week ended May 16, the government said on Thursday. Data for the prior week was revised to show 294,000 fewer applications received than previously reported, bringing down the tally for the week ending May to 2.687 million from 2.981 million. The states of Connecticut said last week it had misreported its numbers.

Last week`s claims reading was in line with economists' expectations and marked the seventh straight weekly decline. There was some encouraging news. A survey from the Philadelphia Federal Reserve on Thursday showed businesses in the mid-Atlantic region were increasingly optimistic, as the six-month outlook jumped to a 2-1/2 year high in May. US stock indexes edged lower at the open on China-U.S. tensions and mixed retail earnings. The dollar was little changed against a basket of currencies, while U.S. Treasury prices rose.

British Prime Minister Boris Johnson on Thursday did a U-turn as he ordered his Cabinet ministers to work out an exemption of a surcharge on foreign medics, including Indians, working in the UK's state-funded National Health Service (NHS). The move comes just a day after he had dismissed the possibility of a review into what has been repeatedly branded as an unfair burden on professionals already contributing directly to the health service in Parliament.

"The Prime Minister has asked me and the Home Secretary [Priti Patel] to look at how NHS and care workers can be removed from this as soon as possible," said UK Health Secretary Matt Hancock, when asked about the annual Immigration Health Surcharge (IHS) imposed along with a visa to raise additional funds for the state-funded health service. "But the purpose of the surcharge is a fair one, to raise funds for the NHS," he said.

The Opposition Labour Party, which had thrown its weight behind the doctors' organisations campaigning against the surcharge, welcomed the U-turn. "Boris Johnson is right to have U-turned and backed our proposal to remove the NHS charge for health professionals and care workers," said Labour Leader Sir Keir Starmer.

A US Air Force plane delivered a first batch of medical aid including 50 ventilators to Russia on Thursday to help it cope with a rising number of coronavirus cases and deaths. Russia`s case tally, the world`s second-highest, rose to 317,554 on Thursday after 8,849 new infections were reported, while the death toll climbed past the 3,000 mark after 127 people died in the previous 24 hours.

At 3,099, Russia`s death toll is much lower than many European countries however, something that has sparked debate about the methods it uses to count fatalities. Russia cites a huge testing programme, which it says has seen over 7.8 million people tested, as the reason for its large number of reported cases, and says many involve Russians without symptoms of the virus. Government officials also say there are signs that the outbreak is beginning to stabilise and that daily increases in new cases have become smaller in recent days.

Italy recorded 156 new deaths from the COVID-19 epidemic on Thursday, against 161 the day before, the Civil Protection Agency said, while the daily tally of new cases also declined slightly to 642 from 665 on Wednesday. There were 640 people in intensive care on Thursday, down from 676 on Wednesday, maintaining a long-running decline.

Of those originally infected, 134,560 were declared recovered, against 132,282 a day earlier. The agency said 2.079 million people had been tested for the virus as of Thursday, against 2.038 million on Wednesday, out of a population of around 60 million.