'I want to execute. I want to behead,' says US man arrested at airport on way to Pakistan to join LeT

The arrests have thrown the spotlight on issues of homegrown terrorism and radicalisation of American youths, a situation that authorities have dreaded post Mumbai-terrorist attack. 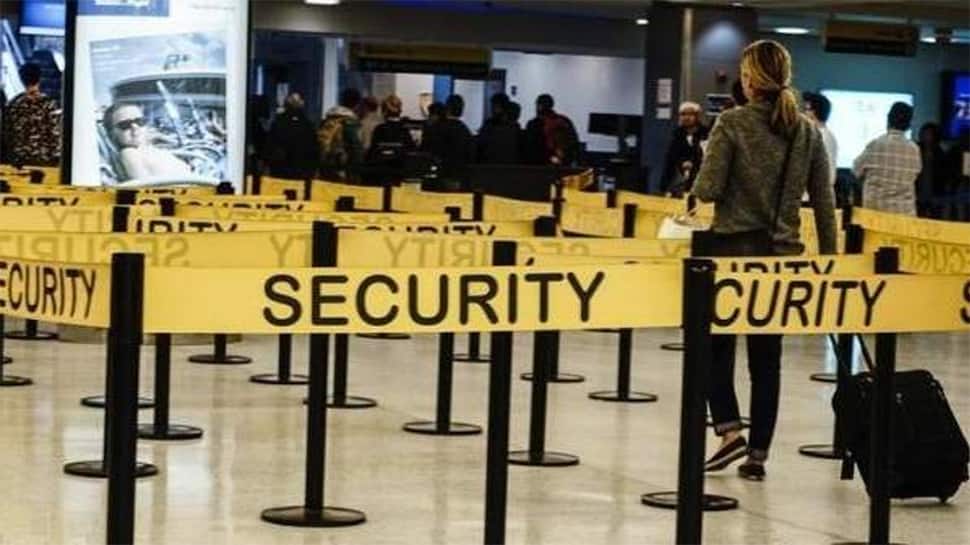 Washington: A 29-year-old New York City man has been arrested while he was about to catch a flight to Pakistan to join the Lashkar-e-Taiba (LeT), in a dangerous sign that the Pakistan-based terror group, which carried out the 26/11 Mumbai terror attack, has expanded its tentacles in the US.

In another instance of growing influence of the LeT in the US and radicalisation of American youths, a teenager in Texas was charged by the FBI with using social media to recruit people on behalf of the terror group and send them to Pakistan for terrorist training.

Federal prosecutors on Friday announced that they arrested the Manhattan man, Jesus Wilfredo Encarnacion, on Thursday night at John F Kennedy International Airport as he was about to board an international flight with Pakistan being his final destination.

Prosecutors say Encarnacion went online to try to join the terrorist organisation. Encarnacion allegedly told an unnamed co-conspirator in November that he wanted to hook up with Pakistani terror group which carried out the 2008 Mumbai attacks that killed 166 people.

"I want to execute. I want to behead. Shoot," Encarnacion told an undercover agent, the complaint alleges.

"Encarnacion allegedly attempted to travel to Pakistan to join a foreign terrorist organisation and conspired with another individual to provide that organisation with material support," said Assistant Attorney General John Demers.

Encarnacion aka "Jihadistsoldgier", "Jihadinhear", "Jihadinheart" and "Lionofthegood," plotted to travel to Pakistan to join and train with LeT, said US Attorney Geoffrey Berman.

"Encarnacion not only expressed a desire to "execute and behead people," he scheduled travel and almost boarded a plane so he could go learn how to become a terrorist," said FBI Assistant Director-in-Charge William Sweeney Jr.

In the southern state of Texas, 18-year-old Michael Kyle Sewell was charged by the FBI with using social media to recruit people on behalf of the LeT and send them to Pakistan for terrorist training.

The arrest of the New Yorker and the charges against the Texas teenager - who do not appear to be of South Asian origin as has been the case in previous such arrests - has set the alarm bells ringing among the law enforcement agencies in the US.

The arrests have thrown the spotlight on issues of homegrown terrorism and radicalisation of American youths, a situation that authorities have dreaded post Mumbai-terrorist attack.

"These organisations are using the internet and social media to appeal to the most barbaric impulses in people, and train them to kill," Sweeney Jr added.

According to NYPD Police Commissioner James O'Neill, one of Encarnacion's stated motives for travelling overseas was to get the training and experience he believed he needed to someday return to the United States and carry out attacks.

Meanwhile, Sewell, who encouraged and recruited an individual to join the LeT hails from Fort Worth city and met the man.

"Sewell allegedly used social media to recruit and encourage an individual to travel overseas to join a foreign terrorist organization and conspired with that person to provide material support to that organisation," Demers said.

According to the criminal complaint, Sewell provided the co-conspirator with contact information of an individual he believed could facilitate the travel to Pakistan.

Unbeknownst to Sewell and his partner, the facilitator was an undercover FBI agent, the federal prosecutors said.

Sewell had even coached the co-conspirator on how to convince the facilitator that he was sincere in his desire to fight for the LeT, they added.

The teen also contacted the facilitator to vouch for the co-conspirator's authenticity and told both of them that he would kill the coconspirator if he turned out to be a spy.

The co-conspirator then contacted the facilitator and made arrangements to travel to Pakistan, the criminal complaint said.