Bashir, 81, was convicted in 2010 under anti-terrorism laws for links to militant training camps in Aceh province and jailed for 15 years. 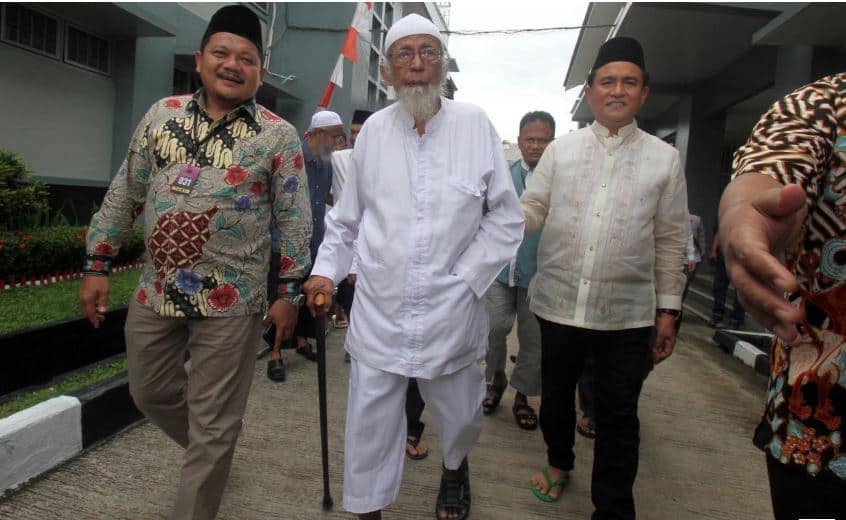 JAKARTA: Abu Bakar Bashir, the radical Muslim cleric and alleged mastermind of the 2002 Bali bombings, will be granted early release from jail on humanitarian grounds, Indonesia's president said on Friday.

Bashir, 81, who is considered the spiritual leader of the Islamist group Jemaah Islamiah (JI), was convicted in 2010 under anti-terrorism laws for links to militant training camps in Aceh province and jailed for 15 years.

President Joko Widodo, who is seeking re-election in April, has been criticised by opponents who question his Islamic credentials and accuse him of backing the "criminalisation" of clerics.

"The first reason is humanitarian. He is elderly and his health is also a consideration," Widodo told reporters, according to a statement from the social affairs ministry.

Widodo also cited security concerns, but he did not elaborate.

A legal adviser in Widodo`s campaign team, Yusril Mahendra, said he had lobbied the president for Bashir`s release.

"This shows to the public that it is not correct that Jokowi persecutes or criminalises clerics," Mahendra was quoted by Indonesia media as saying. Jokowi is the president`s nickname.

Scores of the more than 200 people killed in the 2002 bombings of Bali nightclubs were Australian and Canberra has previously urged against leniency for Bashir.

Australian Prime Minister Scott Morrison said on Saturday that he has been in contact with the Indonesian government.

"Australia`s position on this matter has not changed, we`ve always expressed the deepest of reservations," Morrison told reporters in Melbourne.
The Bali attack spurred Indonesia to set up its now elite anti-terrorism squad Densus 88 or Detachment 88, which received funds and training from Australia and the United States.

It was not immediately clear when Bashir would be released from prison in Bogor, a satellite city near the capital Jakarta, or what the terms of his release would be.

Bashir`s lawyers said he was eligible for early release because he had served more than a third of his sentence, but he had refused to sign documents detailing the requirements for his probation.

Security officials have previously raised concerns about the cleric`s influence in radical networks. In 2016, police moved him from a maximum-security prison on Nusakambangan island in Central Java to Bogor.