Veteran climbers of Mount Everest are sceptical that proposed new regulations by the Nepalese government to tighten the permit process for adventurers will address the root causes of this year`s heavy death toll on the world`s tallest peak. 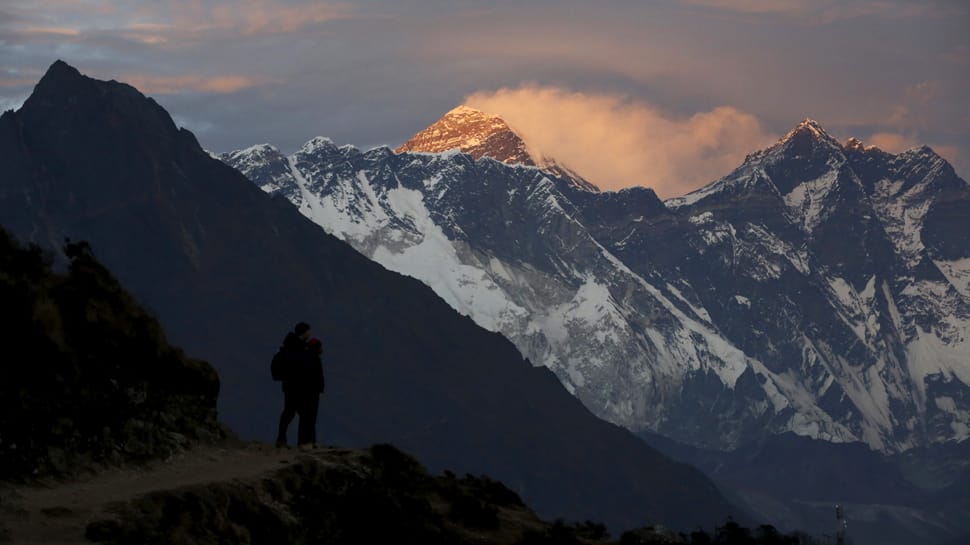 The Nepal government has proposed changes to its permit process for climbers on Mount Everest following the deaths of eleven climbers in 2019. The proposals, and associated criticisms, include--climbers must submit proof of having scaled at least one 6,500m peak in Nepal. Critics argue limiting the provision to Nepal makes no sense; climbers must produce a certificate of good health. Critics say it is easy to forge such certificates or find a compliant doctor; guides must have three years of experience organizing high-altitude climbs. Critics say so many Sherpas can claim such experience that virtually all outfitters will qualify.

Veteran climbers of Mount Everest are sceptical that proposed new regulations by the Nepalese government to tighten the permit process for adventurers will address the root causes of this year`s heavy death toll on the world`s tallest peak. American mountaineers Ed Viesturs and Alan Arnette said planned new laws - if they are introduced at all - are unlikely to tackle the growing trend of inexperienced climbers rushing in packs to scale the 29,035-foot (8,850-metre) Himalayan peak.

"I`ve seen this movie so many times it`s totally predictable," Arnette told Reuters in a telephone interview on Tuesday. "Every year since 2013, something goes wrong and they (the Nepal government) announce all these new rules and never implement them."

Eleven climbers died on Mount Everest this year - nine on the Nepali side and two on the Tibetan side. Many perished when a rush to climb the mountain during a short window of suitable weather in late May led to a "traffic jam" near the summit.

"Most teams opt to go for the summit when the first weather window is predicted," Viesturs told Reuters in one of a series of interviews by phone and email.

"Everyone is afraid of missing what might be the one and only perfect day. There are typically several good summit days, but there`s pressure to go when everyone else goes."

Nepal has traditionally issued climbing permits to anyone prepared to pay the $11,000 fee, handing out a record 381 passes this year. With essential Sherpas and guides added, more than 800 people were trying to reach the summit during the short weather window.

TRAFFIC JAM IN THE DEATH ZONE

The overcrowding - which caught worldwide attention when a photograph of a queue of climbers stepping over bodies to reach the summit went viral - caused fatal delays in the thin air in what is known as the "death zone" above 8,000 metres. That raised concerns that inexperienced mountaineers were being encouraged to attempt the climb by unscrupulous guide companies.

Among the changes proposed by the Nepalese government is a requirement for climbers to submit a medical report by a certified doctor disclosing their history and state of health. Another suggested requirement was the climbers submit proof they had scaled another 6,500-metre peak in Nepal.

Arnette said the first change was unlikely to be enough, given the potential to forge medical documents, while the second made little sense as many climbers have scaled higher peaks elsewhere.

The recommendations have been submitted to the cabinet for approval, Mira Acharya, who oversees climbing activities for the Nepal government`s Department of Tourism, told Reuters last week. The government has not given a time frame for the introduction of new laws.

Viesturs, who has an extensive history on Everest, said the proposed changes did not do enough to tackle the "group think" pack mentality that led to the traffic jam in late May, a problem he said also needed to be addressed by climb leaders at base camp.

"I know several climbers who waited until later and had the mountain almost to themselves," Viesturs said of this year`s climbing season. "We really need to answer why so many people are on the summit ridge on the same day? How can you control it?"

Conspiracies of Pakistan lovers will not be allowed to be successful: Bangladesh PM Sheikh Hasina