No problem talking to Pakistan but can't talk to terroristan: India

Speaking at the Asia Society in New York, Jaishankar said, "They have to accept the model which they have built for themselves no longer works." 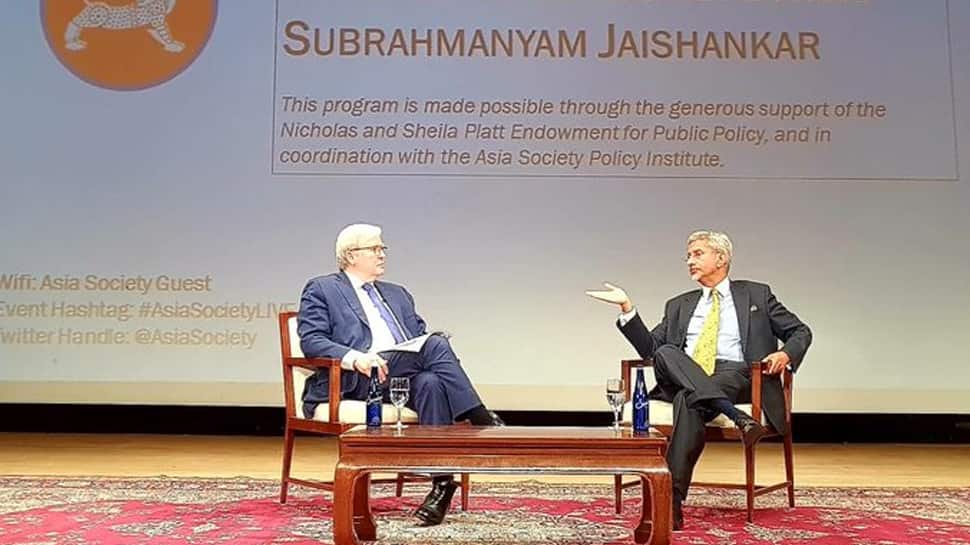 New York: Calling Pakistan 'terroristan', External Affairs Minister (EAM) S Jaishankar said New Delhi can't talk to a country that sponsors terror and uses it as a state policy. Speaking at the Asia Society in New York, Jaishankar said, "They have to accept the model which they have built for themselves no longer works. You cannot in this day and age, conduct policy using terrorism as a legitimate instrument of statecraft, that is at the heart of the issue. We have no problem talking to Pakistan, we have a problem talking to 'terroristan'."

He said Pakistan's reaction to New Delhi removing special status for Jammu and Kashmir on August 5 is of "anger and frustration" since the country has "created an entire industry of terrorism to deal with Kashmir issue...it's bigger than that, they created it for India" and they "now see investment of 70 years undercut if this policy succeed".

Pakistan in the aftermath of India's decision to remove special status has raked up the issue globally but hasn't got any traction.

Jaishankar also urged Pakistan to do "something for its own good", adding that if it does that it would enable normal neighbourly relation with India.

Highlighting the issue of cross-border terrorism emanating from Pakistan, he said, "The issue between India and Pakistan...it's not like we agree on everything else, that we have a wonderful relationship and there is only the Kashmir issue. We had an attack in Mumbai and the last time I checked Mumbai was not part of Kashmir. If Pakistani terrorists can attack states and regions, we need to recognize there is a bigger problem."

The EAM explained, "The problem is the mindset. There is a fundamental issue which they need to understand and we need to encourage them to do, that is get rid of terrorism. They know where the terrorist camps are. Anyone knows where the camps are, just Google that."