A court in Pakistan rejected the bail application of deposed prime minister Nawaz Sharif on Monday, refusing to grant him relief on medical grounds in a corruption case. 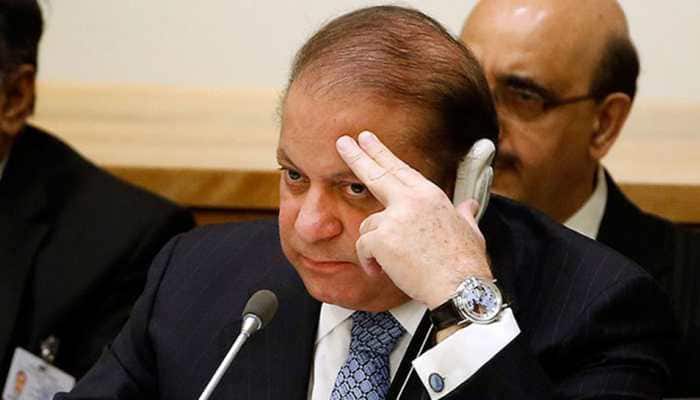 ISLAMABAD: A court in Pakistan rejected the bail application of deposed prime minister Nawaz Sharif on Monday, refusing to grant him relief on medical grounds in a corruption case.

The reasons will be given in a detailed judgment to be issued later. Sharif, 69, has been serving a seven-year jail term in Lahore's Kot Lakhpat jail in the Al-Azizia Steel Mills corruption case.

Several leaders of Pakistan Muslim League-Nawaz (PML-N) including former prime minister Shahid Khaqan Abbasi and former foreign minister Khawaja Asif were present inside the court when the verdict was announced. "We are disappointed by the decision because different panels diagnosed the disease (of Sharif) and recommended treatment. But we accept the verdict and will explore more forums to get a remedy," Abbasi told reporters after the verdict.

Sharif was sentenced to seven years in jail on December 24 by an Islamabad-based Accountability Court and he was sent to Kot Lakhpat jail in Lahore to serve the sentence.

Last month, he filed the bail application through his counsel Khawaja Haris for bail on medical reasons as he developed heart-related medical complications in jail.

Last week, the court heard the counsel and lawyers of the anti-corruption body National Accountability Bureau (NAB) and reserved the verdict for Fenruary 25.

Additional police and paramilitary personnel were deployed around the court to maintain law and order.

Meanwhile, Sharif is being treated at the Jinnah Hospital in Lahore, where he was shifted a few weeks ago. The Al-Azizia Steel Mill case was about setting up steel mills in Saudi Arabia with ill-gotten gains.

Three corruption cases - Avenfield properties, Flagship investment and Al-Azizia steel mills - were registered against the Sharif family by the National Accountability Bureau in 2017 following a judgment by the Supreme Court that disqualified Sharif in the Panama Papers case in 2017.

He was sentenced to 10 years in prison in the Avenfiled case in July 2018 which was related to his properties in London. Later he was given bail in September.

The accountability court on December 24 convicted him in the Al-Azizia case but acquitted him in the Flagship reference.
Sharif's daughter Maryam and son-in-law Muhammad Safdar were also convicted and sent to jail in the Avenfield case but granted bail along with Sharif.

His two sons - Hasan and Hussain - were named in all the three cases but never appeared before the court after which they were declared fugitives.

Taliban co-founder in Qatar for talks with US