North Korean state media called on the United States on Tuesday to "withdraw its hostile policy" towards Pyongyang or agreements made at a landmark summit in Singapore a year ago might become "a blank sheet of paper". 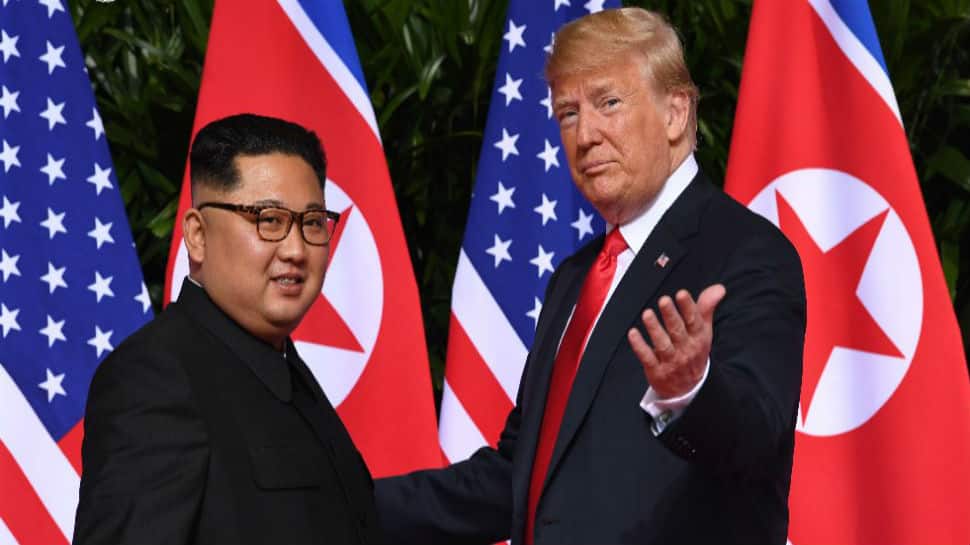 SEOUL: North Korean state media called on the United States on Tuesday to "withdraw its hostile policy" towards Pyongyang or agreements made at a landmark summit in Singapore a year ago might become "a blank sheet of paper".

The Hanoi summit broke down over US demands for North Korea`s denuclearisation and North Korean demands for sanctions relief.  "The arrogant and unilateral US policy will never work on the DPRK, which values sovereignty," KCNA said. North Korea`s official name is the Democratic People`s Republic of Korea (DPRK).

The report said a four-point joint statement signed by Trump and Kim on June 12 last year pledging to work towards a new relationship "is in danger of being a blank sheet of paper because the US is turning a blind eye to its implementation".

" ... now is the time for the US to withdraw its hostile policy concerning the DPRK," it said.

Trump said last week he looked forward to seeing Kim at the appropriate time. Trump and US Secretary of State Mike Pompeo will attend the G20 summit in Japan later this month and will then visit South Korea to meet Moon and coordinate efforts for the final, fully verified denuclearisation of North Korea, State Department spokeswoman Morgan Ortagus said on Monday.