Duterte said he would not agree to buy equipment from the US as it had been among the first countries to strongly criticize his war on drugs, reports Efe news. 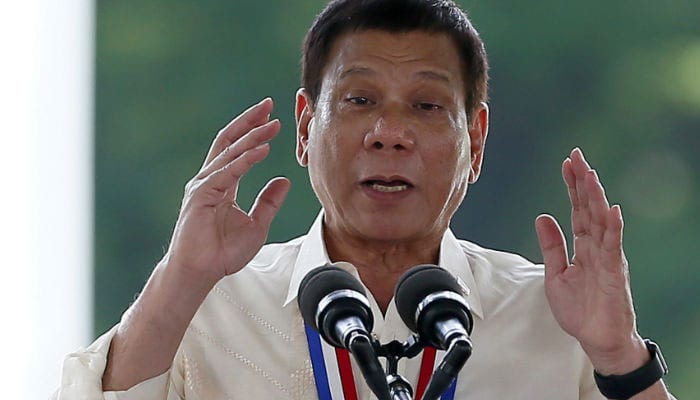 MANILA: Philippines President Rodrigo Duterete has said his country won`t buy any more weapons from the US after it threatened to impose sanctions on nations purchasing Russian military equipment, authorities said on Friday.

In an address to soldiers in Bulacan province on Thursday night, Duterte said he would not agree to buy equipment from the US as it had been among the first countries to strongly criticize his war on drugs, reports Efe news.

Duterte said he would replace weapons from the US, a traditional political and military ally of the Philippines, with equipment, not only from Russia but also from South Korea and Israel.

A military agreement between the Philippines and the US negotiated last year has been blocked in the US Congress after several Senators refused to support it owing to human rights abuses during the anti-drugs campaign launched by Duterte, which has killed thousands so far.

His remarks come a month after Philippine Defence Secretary Delfin Lorenzana announced that Manila would buy 16 Black Hawk helicopters for around $240 million instead of the cheaper Russian equipment to avoid sanctions.

The Philippines is planning to spend about $5.6 billion in the next five years to improve its defence capabilities and replace its World War II warships and Vietnam War-era star-fighters and helicopters, inherited from the US.