On the sidelines of the summit, PM Modi will also attend important plurilateral meetings and meet other world leaders. 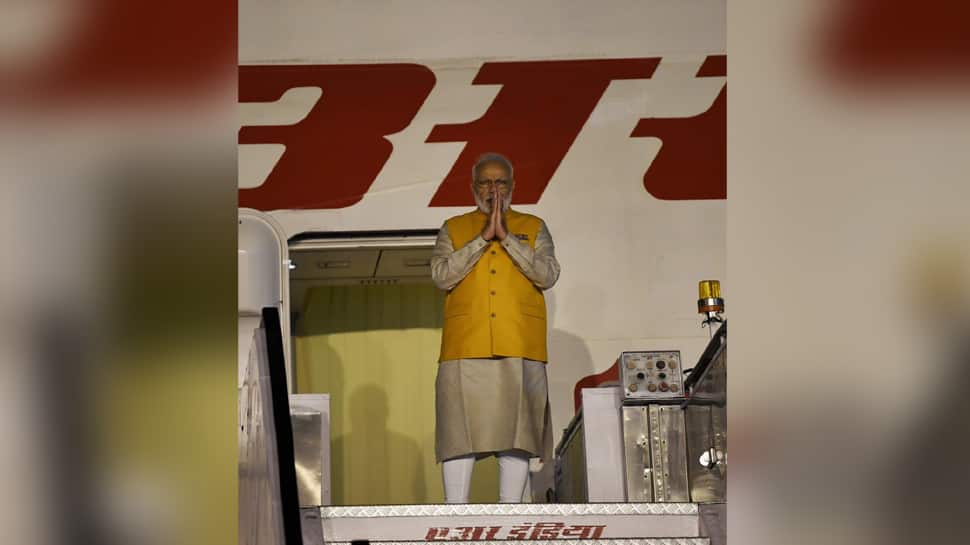 Prime Minister Narendra Modi on Thursday departed to participate for his two-day G20 Summit in Osaka, Japan. This will be the PM Modi's sixth G 20 Summit. On the sidelines of the summit, PM Modi will also attend important plurilateral meetings and meet other world leaders.

According to his schedule for Wednesday, PM Modi will arrive at the Kansai International Airport at 3.30 am IST (7 am local time). He will meet Japan PM Shinzo Abe at 10.20 am IST (1.50 pm local time).

In his departure statement, PM Modi said that he would reinforce India's strong support to reformed multilateralism at the G20 Summit, crucial to preserve rule-based international order. He said issues such as women empowerment, artificial intelligence and common efforts to address challenges like terrorism will be high on his agenda.

''The summit will provide an important opportunity to reiterate and reinforce our strong support to reformed multilateralism, which is crucial for preserving rule-based international order in today's fast-changing world," PM Modi said.

The summit, he said, will also be a platform for sharing India's strong developmental experience of the last five years, which provided the basis for a resounding mandate by the people of India to the government to continue on the path of progress and stability.

He said the two-day Osaka Summit will also be an important stepping stone for India towards hosting the G20 summit in 2022 "when we usher in a New India in the 75th anniversary year of our Independence".

On the sidelines, PM Modi said, he looks forward to engaging with leaders of our major partner countries on important issues of bilateral and global importance.

"I also look forward to host the next Russia, India and China (RIC) Informal Summit on the sidelines, and also to participate in the next informal meetings of the BRICS (Brazil, Russia, India, China and South Africa) and JAI (Japan, America and India) leaders," he said.