Kim arrived at Beijing airport on Thursday on an Air Koryo flight from Pyongyang and was met by North Korea`s ambassador to China. 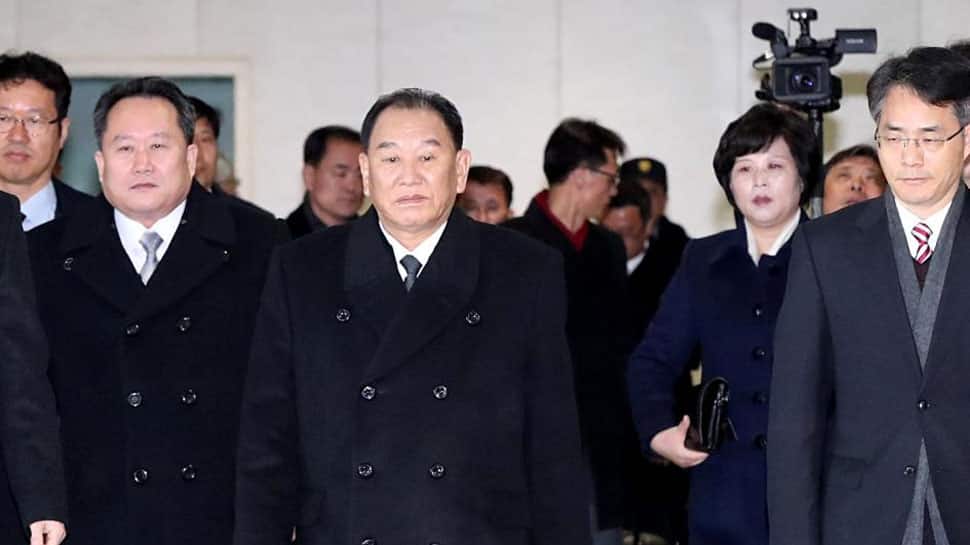 SEOUL: North Korea`s top envoy involved in talks with the United States arrived in Beijing on Thursday and is thought to be en route to Washington, South Korean news agency Yonhap said on Thursday.

US and South Korean media previously quoted unidentified sources as saying US Secretary of State Mike Pompeo and North Korean official Kim Yong Chol were expected to meet in the US capital on Friday to discuss a second summit between President Donald Trump and North Korean leader Kim Jong Un.

Kim arrived at Beijing airport on Thursday on an Air Koryo flight from Pyongyang and was met by North Korea`s ambassador to China, Yonhap said. He is expected to board a flight to Washington in the evening, the news agency said.

Pompeo had planned to meet his North Korean counterpart to discuss a second summit last November, but the meeting was postponed. Kim Yong Chol was last in Washington in June, when he delivered a letter from Kim Jong Un to Trump that opened the way for an unprecedented meeting between the leaders of the two countries in Singapore on June 12.

CNN quoted a source familiar with US-North Korea talks as saying that Kim Yong Chol would be carrying a new letter from Kim Jong Un to Trump in Washington. Chinese and South Korean envoys on Korean peninsula affairs are meeting in Seoul on Thursday, the South`s foreign ministry said. Kong Xuanyou and Lee Do-Hoon are expected to discuss ways to achieve complete denuclearisation and peace on the peninsula, as well as an expected second summit of US and North Korean leaders.

In Singapore last year, Kim Jong Un pledged to work towards denuclearisation of the Korean peninsula, but there has been little significant progress since. Contact was resumed after the North Korean leader delivered a New Year speech in which he said he was willing to meet Trump "at any time," South Korea`s ambassador to the United States, Cho Yoon-je, told reporters last week.