Protests against atrocities in Balochistan greet Imran Khan in Washington 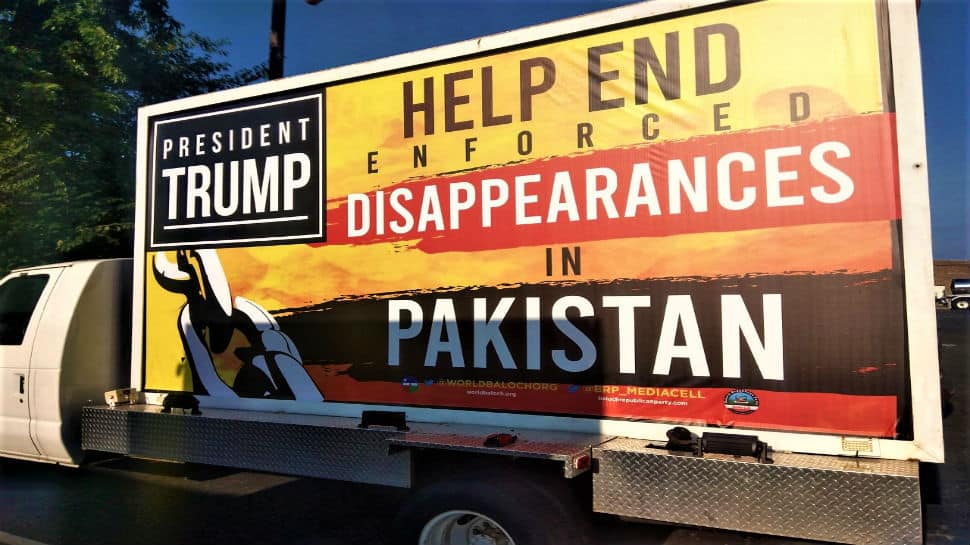 Imran Khan may have to face massive embarrassment on his maiden US visit as Pakistan PM with banners highlighting atrocities in Balochistan placed at several key locations in Washington.

Imran reached Washington on Sunday after boarding a commercial airline - his attempt at austerity. Here, he will stay at the residence of the Pakistan ambassador in the city's diplomatic enclave. The atmosphere here has already tensed up with several Baloch groups staging protests against atrocities back in Pakistan. Urging Donald Trump to take action, the groups - and the banners - highlight how the Pakistani government has been guilty of violating the human rights of the locals.

Imran is scheduled to meet Trump on Monday.

Monday is also expected to be a tense day on the streets of Washington with protests planned outside the White House and near the Capitol Hill Arena by Baloch as well as Sindhi groups.

Baloch and other ethnic groups outside Pakistan have been at the forefront of leading protests against Pakistan for 'enforced disappearances'. They also allege that several areas in Balochistan and Sindh are ignored by the country's government. During the recent cricket World Cup in the UK, similar banners were placed outside stadiums - much to the anger of Pakistani authorities as well as sports fans.