The bomb went off when a vehicle was stopped at a checkpoint outside the station, said interior ministry spokesman Nasrat Rahimi. 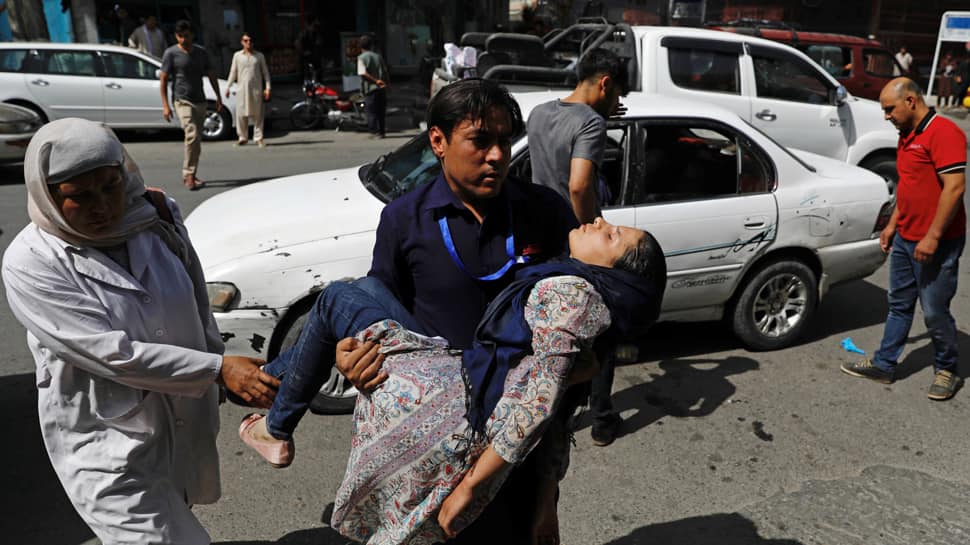 A man carries an injured woman to a hospital after a blast in Kabul (Pic Courtesy: Reuters)
Share:
Edited By:

A car bomb exploded on Wednesday outside a police station in the Afghan capital, Kabul, wounding at least 95 people, government officials said, and the Taliban claimed responsibility.

There has been no let-up in violence in Afghanistan even though the Taliban and the United States appear close to a historic pact for US troops to withdraw in exchange for a Taliban promise the country would not be used as a base from which to plot attacks by extremists.

The blast, in the west of the city during the morning rush hour, sent a huge cloud of grey smoke billowing into the sky.

The Taliban said a "recruitment centre" had been attacked by one of their suicide bombers.

"A large number of soldiers and police were killed or wounded," the Taliban said in a statement.

The bomb went off when a vehicle was stopped at a checkpoint outside the police station, said interior ministry spokesman Nasrat Rahimi.

A health ministry spokesman said 95 wounded people had been taken to hospitals. Most of them were civilians, including women and children, he said.