Corporal Singh, 33, of the Newman Police Department was shot and killed during a traffic stop on December 26 allegedly by an illegal immigrant. 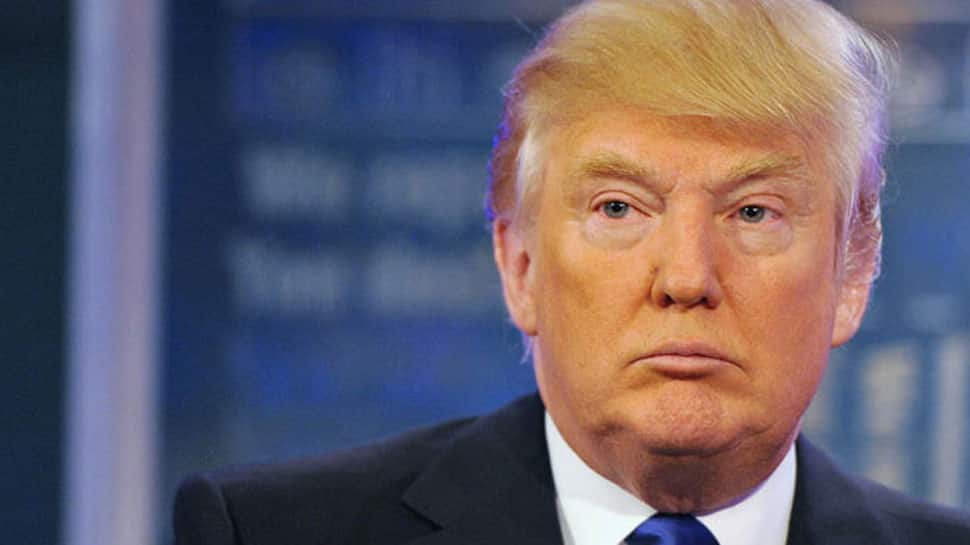 Corporal Singh, 33, of the Newman Police Department was shot and killed during a traffic stop on December 26 allegedly by an illegal immigrant. Trump spoke on Thursday with the family members and law enforcement colleagues of Singh, a native of Fiji who joined the force in July 2011.

"America's heart broke the day after Christmas when a young police officer in California was savagely murdered in cold blood by an illegal alien (who) just came across the border. The life of an American hero was stolen by someone who had no right to be in our country," Trump said.

The Californian police have arrested 33-year-old illegal immigrant from Mexico identified as Gustavo Perez Arriaga on charges of killing Singh.
In his first address to the nation from the Oval Office, Trump made a case for building a wall along the Mexico border.

He said precious lives were cut short repeatedly by those who have violated the borders.

"In California, an air force veteran was raped, murdered, and beaten to death with a hammer by an illegal alien with a long criminal history. In Georgia an illegal alien was recently charged with murder for killing, beheading and dismembering his neighbour.

"In Maryland, MS-13 gang members who arrived in the United States as unaccompanied minors were arrested and charged last year after viciously stabbing and beating a 16-year-old," he said.

Trump said over the last several years, he has met with dozens of families whose loved ones were killed by illegal immigration.

"I've held the hands of the weeping mothers and embraced the grief-stricken fathers. So sad. So terrible. I will never forget the pain in their eyes, the tremble in their voices and the sadness gripping there. So how much more American blood must we shed before Congress does its job," he said.

"This is a choice between right and wrong; justice and injustice. This is about whether we fulfil our sacred duty to the American citizens we serve," Trump said.

The president alleged that the Democrats in Congress had failed to acknowledge the crisis and refused to provide the border agents with the tools they desperately need to protect families and the nation.

"The federal government remains shut down for one reason and one reason only because Democrats will not fund border security," he alleged.

Noting that his administration was doing everything in its power to help those impacted by the situation, Trump said the only solution was for Democrats to pass a spending bill that defends the borders and reopens the government.

"This situation could be solved in a 45-minute meeting," he said.

Trump has invited congressional leadership to the White House Wednesday to find a solution. "Hopefully, we can rise above partisan politics in order to support national security," he said.

Observing that some people have suggested that a barrier is immoral, Trump asked why do wealthy politicians build walls, fences and gates around their homes.

Trump has been seeking a USD 5 billion in Congressional funding for the wall, which he believes is essential to stop the flow of illegal immigrants into the US.

The opposition Democratic party has opposed such a funding and blocked its passage from the Congress. The stalemate has resulted in a partial federal government shutdown.

Trump says only a wall can stop the flow of illegal immigrants.