The 72-year-old President, who has high cholesterol and has disputed reports that he has a common form of heart disease. 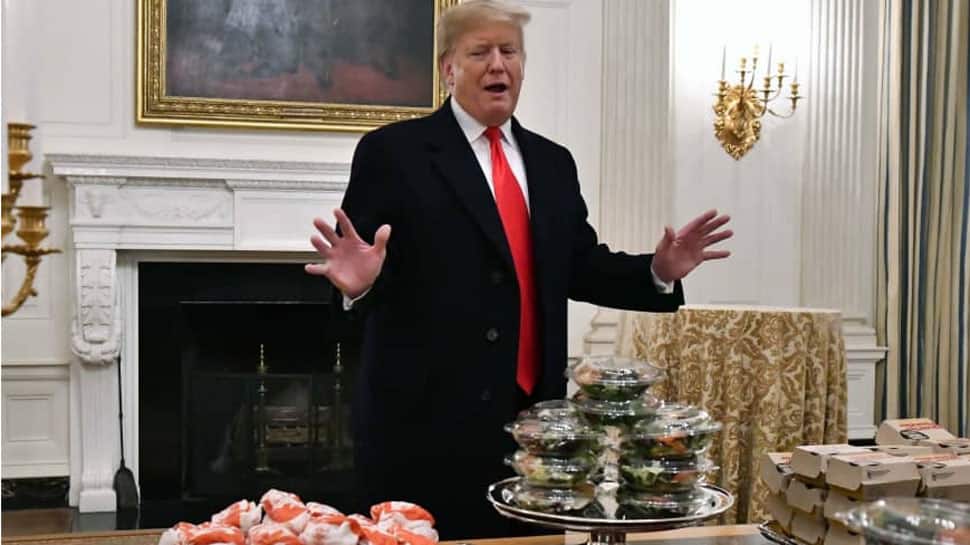 Washington: US President Donald Trump, famous for his love of fast food, does not exercise or follow his diet plan, White House staffers said ahead of his annual physical exam on Friday.

The 72-year-old President, who has high cholesterol and has disputed reports that he has a common form of heart disease, was given a diet and exercise plan over a year ago during his first physical since taking the Oval Office. But he doesn`t follow it.

"The President received a diet and exercise plan last year after his annual physical, but he admits he has not followed it religiously," Principal Deputy White House Press Secretary Hogan Gidley told CNN.

Nearly a dozen White House officials and sources close to Trump said he is reluctant to change his eating habits and has not set foot in the White House fitness room, calling exercise a "waste of the energy".

CNN cited another source as saying that the President still orders fast food to be delivered to the White House and enjoys well done red meat dinners. When the Clemson University football team visited the White House last month, Trump hosted them with a spread of burgers, chicken nuggets and fries from a variety of fast food chains.

Adm. Ronny Jackson, Trump`s physician last year, said while Trump was "more enthusiastic about the diet part than the exercise part ... we`re going to do both." Jackson last year concluded that Trump was in "excellent health" despite his physical exam that time showing him borderline obese and his "bad cholesterol" levels rising.

Jackson`s assessment of the President`s health came under fire from medical professionals, including from within the White House`s medical unit. Four current and former White House Medical Unit staff members told CNN they were ashamed of Jackson`s rosy assessment of Trump`s health despite the publicly released data clearly showing a different picture.

Trump`s Friday physical will likely be overseen by Dr Sean Conley, who succeeded Jackson as the President`s personal physician. He is not expected to hold a public briefing on Trump`s health, the report said.