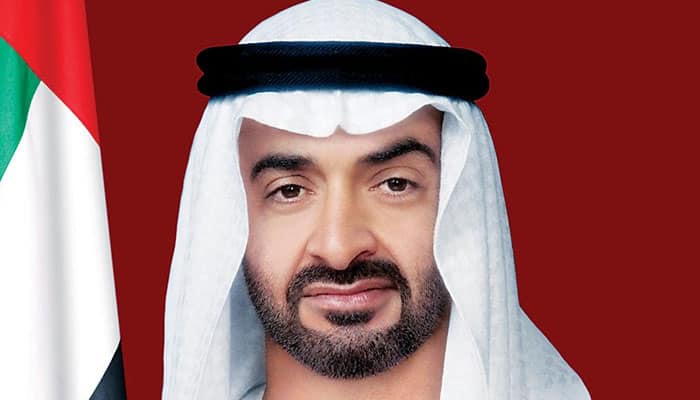 Islamabad: The UAE Crown Prince Sheikh Mohammed bin Zayed Al Nahyan will visit Pakistan on Sunday after the two sides finalised the terms and conditions for a USD 6.2 billion assistance package to Islamabad to bolster its foreign exchange reserves and the government's fiscal policies. The UAE government's financial assistance comes as Pakistan is negotiating a USD 8 billion bailout package from the International Monetary Fund (IMF) to overcome a severe balance-of-payments crisis that threatens to cripple the country's economy.

The package, which is expected to be announced by the Crown Prince, involves USD 3.2 bn worth of oil supplies on deferred payment, besides a USD 3 bn cash deposit, the Dawn reported. "The UAE's package was exactly of the same size and terms and conditions as given by Saudi Arabia. The UAE package was finalised on Thursday evening," a member of the Pakistan's cabinet was quoted as saying by the paper.

The financial assistance from UAE is same to the support Pakistan received from Saudi Arabia. "With this, Pakistan would get a total saving of about USD 7.9 bn on oil and gas imports from the two friendly countries -- accounting for more than 60 per cent of annual oil import bill of about USD 12-13 bn, the cabinet member said.

This includes about USD 3.2 bn each of oil supplies on deferred payments from the UAE and Saudi Arabia and about USD 1.5 bn trade finance from the International Islamic Trade Finance Corporation (ITFC), the paper reported. Pakistan's all weather ally China has also pledged to provide a generous aid to Islamabad to overcome its financial woes. Beijing has not yet revealed the quantum of its financial support.

Prime Minister Imran Khan has said Chinese President Xi Jinping has asked him not to reveal the amount. The Trump administration is making all efforts to ensure that any IMF loan to Pakistan is not used to repay its Chinese debt. The US feels that the huge Chinese debt is responsible for Pakistan's economic challenges.

"We are working and making clear within the IMF that if it were going to supply any funding to Pakistan that it would not be used to repay Chinese loans," David Malpass, Under Secretary of Treasury for International Affairs, told lawmakers during a recent Congressional hearing. There are concerns among American lawmakers that the Pakistan may use the IMF money to repay the Chinese debts.