US State Secretary Mike Pompeo congratulated the Nepal government on the occasion of the fourth anniversary of its Constitution. 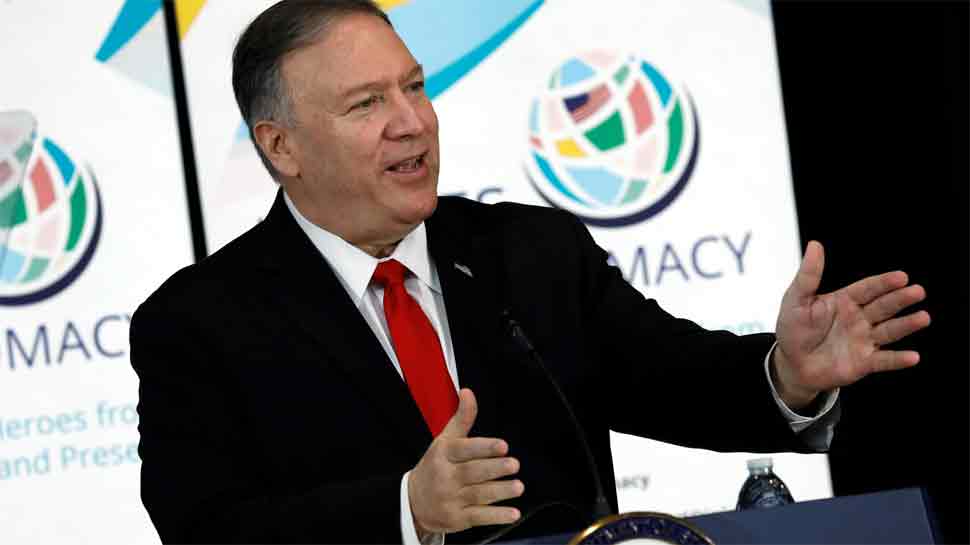 Washington D.C.: US State Secretary Mike Pompeo on Friday extended best wishes to Nepal for commemorating the fourth anniversary of its Constitution and said that his country is committed to supporting the Himalayan country's continued development as a stable, prosperous, and sovereign nation.

"On behalf of the government of the United States and the American people, I offer my best wishes to the people of Nepal on your Constitution Day on September 20," the State Secretary said in a statement.

"The United States and Nepal have enjoyed more than seven decades of friendship and close ties between our people. The United States is committed to supporting Nepal`s continued development as a stable, prosperous, and sovereign nation." "On this special occasion, I congratulate all Nepalis as you celebrate this important holiday," the statement added.

The Nepal government held various events across the country to celebrate the occasion. A special event was held at Nepal Army Pavilion in Tundikhel with President Bidya Devi Bhandari as the chief guest.

Meanwhile, the State Department`s Bureau of South and Central Asian Affairs also wished the Nepali government and its countrymen on the occasion."The friendship between the American and Nepali people serves as the bedrock of our strong relationship, and we remain committed to supporting Nepal`s democratic journey," the Department said in a tweet.

Indian President Ram Nath Kovind also extended his wishes to the country and its people. The Constitution, which is the seventh in Nepal, is the first statute drafted by the elected people`s representatives after six decades of political struggle in the country.

Nepal shifted to a federal democratic system from a unitary system with the promulgation of the existing constitution. The Nepali government has announced a public holiday today to celebrate the day.