The protests in the Asian financial hub began with opposition to a now-suspended extradition law and have evolved into a direct challenge to the government and calls for full democracy. 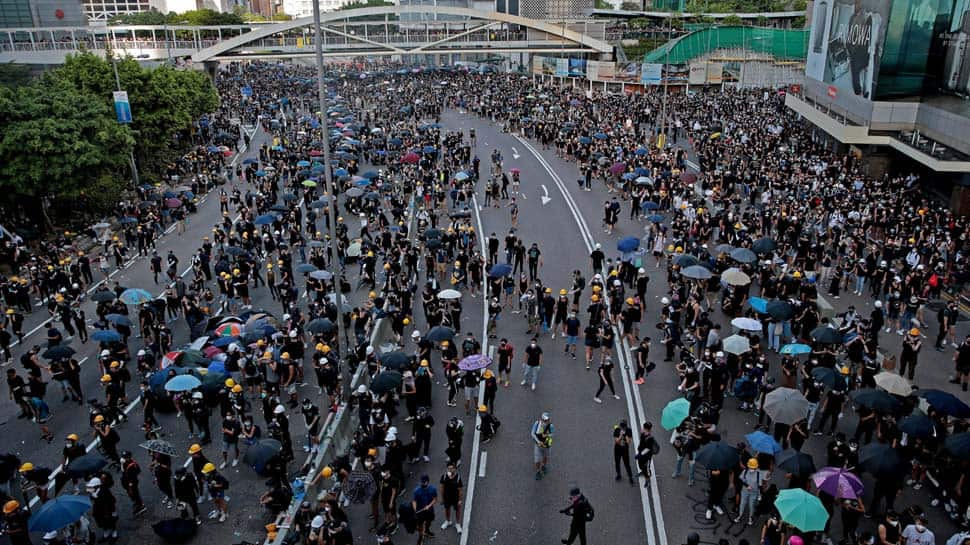 HONG KONG: The United States raised its travel warning for Hong Kong, urging travellers to exercise increased caution in the Chinese territory due to what it termed civil unrest after months of sometimes violent street protests. The protests in the Asian financial hub began with opposition to a now-suspended extradition law and have evolved into a direct challenge to the government and calls for full democracy.

"The protests and confrontations have spilled over into neighbourhoods other than those where the police have permitted marches or rallies," said the advisory, which was posted on the US Consulate General Hong Kong and Macau`s website on Wednesday.

"These demonstrations, which can take place with little or no notice, are likely to continue," it said. The advisory was raised to level two on a four-point scale. Australia also warned its travellers in an updated advisory on Wednesday.

The protests pose the biggest popular challenge to Chinese President Xi Jinping since he came to power in 2012. Xi is also grappling with a debilitating trade war with the United States and a slowing economy.
Hong Kong is facing its worst crisis since it returned to China from British rule in 1997 because of the protests, the head of China`s Hong Kong and Macau Affairs Office said on Wednesday.

More protests are planned across the city this weekend, starting on Friday with demonstrators planning to rally at the city`s international airport.