What I say to Vladimir Putin is none of your business: Donald Trump to reporters

Donald Trump has faced severe flak for how he has handled US relations with Russia. 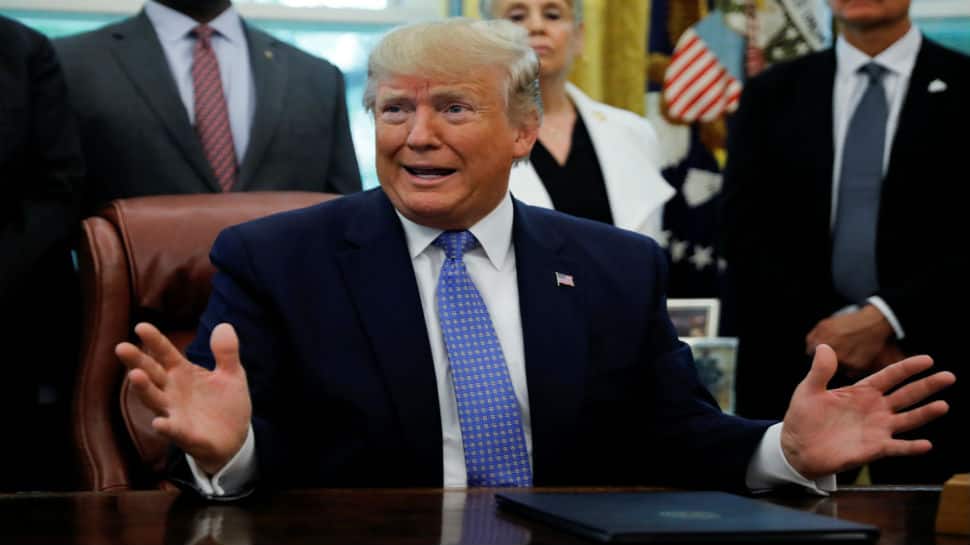 In yet another example of his rather bitter relationship with most of the American news media, US President Donald Trump said that his talks with Russian President Vladimir Putin at the G20 Summit in Japan is 'none of your business.'

Trump departed for Osaka on Wednesday night (US time) and during a press interaction just before takeoff, was asked if he would tell Putin not to interfere in American elections. "What I say to him is none of your business," he replied. The reply is hardly expected to cut ice with Trump's critics as the US President has had to face enormous flak over how he has handled relations with Russia. There has been widespread allegations that Moscow had actively tried to influence US Presidential Election in 2016. An investigation in the US, led by Special Counsel Robert Mueller, found that social media had been used by Russian operatives to launch and spread pro-Trump propaganda, according to US media reports.

Trump, however, has remained defiant and said there has been no wrongdoing on his part.

Interference into elections aside, US-Russia relations remain strained with matters that could potentially flare up. The recent US sanctions against Iran had been slammed by Russia and the situation in West Asia may further raise tensions. With such global dynamics at play, Trump is scheduled to meet Putin on Friday but US media is not too optimistic about much details from the meeting being put out into public domain.