The trains were delayed by two to six hours due to fog and low visibility. 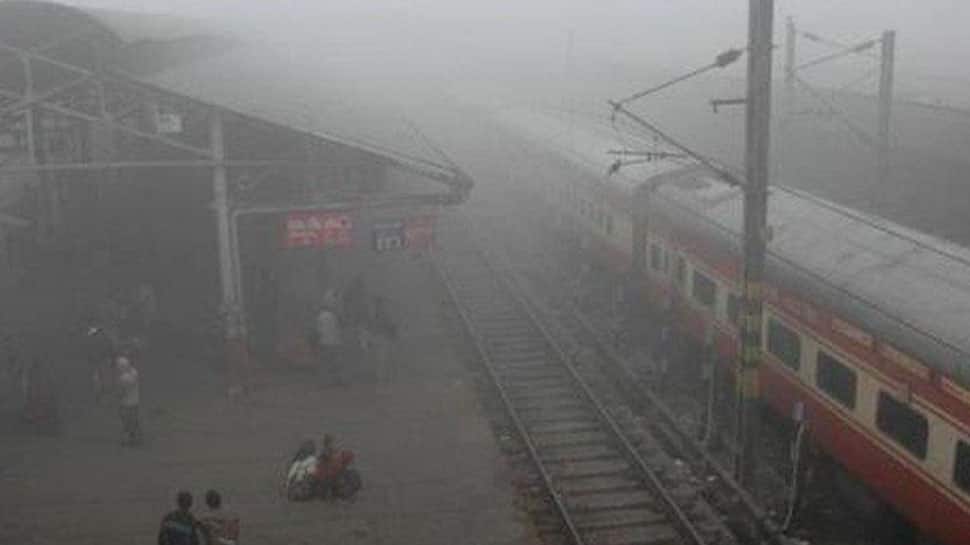 At least 16 trains to Delhi have been running late on Thursday morning due to fog, as reported by news agency IANS.

The trains were delayed by two to six hours due to fog and low visibility.

The national capital witnessed light to moderate rains in several parts of the city, while the weather office has predicted more showers throughout the day.

The showers, however, had no effect on the mercury with the minimum temperature recorded six notches above the season`s average at 15 degrees Celsius.

With humidity recorded at 89 per cent, the air quality was `very poor` in the city.

According to the System of Air Quality and Weather Forecasting And Research (SAFAR), the overall quality index (AQI) of the national capital region was recorded at 265.

"The sky will remain generally cloudy throughout the day with light to moderate rain or thunderstorm and hail likely in the later parts of the day as well," the India Meteorological Department (IMD) said.

In the past 24 hours, the city witnessed about 1 mm of rain.