Many in Bihar ready to slit PM Modi's throat, chop off his hand: Rabri Devi

Former Bihar chief minister Rabri Devi has claimed that many people in Bihar are ready to 'slit PM Narendra Modi's throat and chop his hand'. 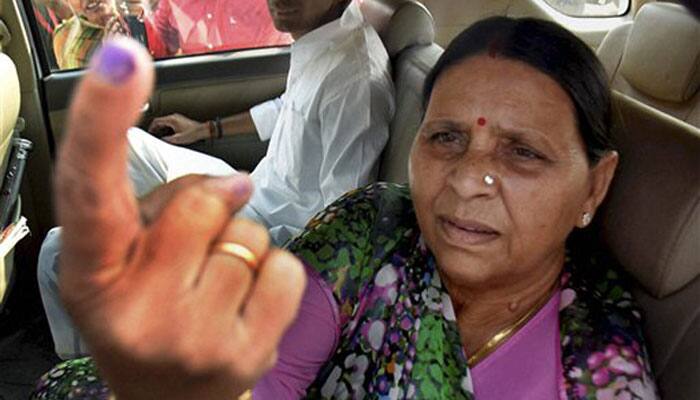 Former Bihar chief minister Rabri Devi has claimed that many people in Bihar are ready to 'slit PM Narendra Modi's throat and chop off his hand'.

They say fingers of those accusing Narendra Modi will be chopped off. Do so and no one in the country will stay quiet. Will the people of Bihar not say anything? There are many people here who are ready to slit PM Modi's throat and chop off his hand," she said.

She added that for this, they can send people to jail. "People of Bihar will go to jail together," she said at a public meeting on Tuesday.

Her remark comes days after Bharatiya Janata Party's (BJP) Bihar president and MP Nityanand Rai said: "all fingers and hands raised against the prime minister should be broken or chopped off."

However, he later apologised for the controversial comments saying he only used a colloquial expression in Hindi. He also said he regretted hurting people’s sentiments.

Speaking at the same event, Rabri said she could not be "cowed down" by the central investigating agencies whose "character" she knew well. The former CM has skipped appearance before Enforcement Directorate despite numerous summons in cases related to benami property.

"Be it ED, CBI or IT (income tax) I know their tiriya charittar (character). What wrong have we done. The Centre should give an answer and so should the state government", she said while addressing the Rashtriya Janata Dal's national council here.

"Let them send any number of notices. I am not going to get afraid. If they are so eager to interrogate me, then they should come to Patna and question me", she added.