Zimbabwe`s former president Robert Mugabe was ousted by a "military coup" that forced his resignation, former cabinet minister Jonathan Moyo said in an interview with the BBC broadcast on Thursday. 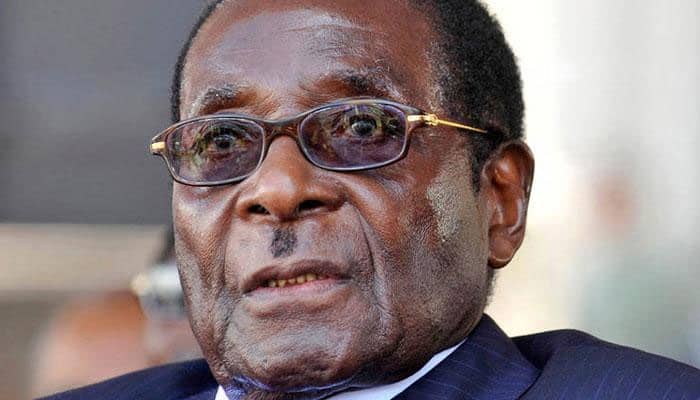 Harare: Zimbabwe`s former president Robert Mugabe was ousted by a "military coup" that forced his resignation, former cabinet minister Jonathan Moyo said in an interview with the BBC broadcast on Thursday.

"Mnangagwa and (Vice President Constantino) Chiwenga, they know only too well that they have come into power via the bullet and not the ballot," Moyo, who is in self-imposed exile, told the BBC`s Hard Talk programme.

It was unclear where he gave the interview.

"The constitution of the country has been subverted and there has to be a return to constitutionalism."

Moyo said the army acted unconstitutionally when it briefly took power from the government in November.

"The army deployed itself in Zimbabwe when the constitution says only the president can deploy it," he said.

The commanders involved in the campaign to seize power and ease Mugabe from power, which included then-general Chiwenga, insisted they were targeting criminals around Mugabe.

That was widely seen as a reference to Mugabe`s wife Grace and supporters of her apparent desire to succeed the 93-year-old statesman -- efforts that riled many in the military establishment.

Moyo also said that the new government under Mnangagwa was an "illegal regime" that had struggled to assert its legitimacy.

He pointed to Mnangagwa`s visit last week to ailing opposition leader Morgan Tsvangirai as evidence of the new president`s efforts to assert himself politically.

"We know that when Mnangagwa and Chiwenga went to Morgan Tsvangirai`s house they pretended that they were concerned about his health but we know they wanted to negotiate with him to postpone elections for at least three years," he alleged.

"They are afraid of elections. They do not want to have free and fair elections let alone credible elections."

He accused Mnangagwa and Chiwenga of involvement in the Gukurahundi massacres of the 1980s that claimed the lives of around 20,000 regime opponents, including children and women, in the country`s southwest.

"Right now the cabinet of the Republic of Zimbabwe is led by the most feared people in the history of this country. They are feared because they associated with every atrocity that has happened," he said.