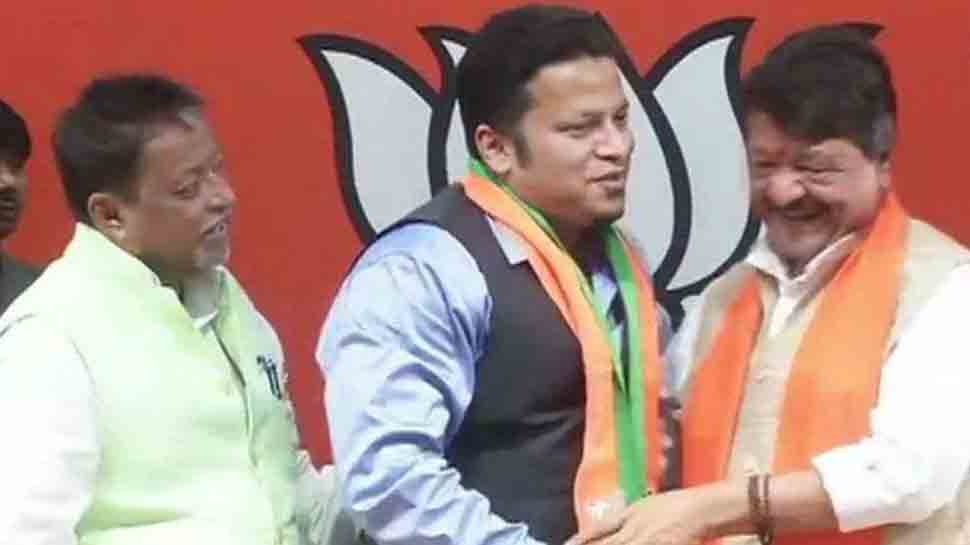 New Delhi: In a major setback to the ruling Trinamool Congress in West Bengal ahead of the Lok Sabha polls, its MP Anupam Hazra joined the BJP on Tuesday at the party headquarters here.

Hazra, who was once believed to be very close to Trinamool Congress supremo Mamata Banerjee, had won the 2014 general election from Bolpur in West Bengal. He, however, was expelled by the TMC leadership on January 9 on charges of anti-party activities.

Talking about it, Hazra said that he was expelled from the party for an unprecedented reason like posting his views on social media. "My case is an unprecedented and ridiculous one," he said. "I was expelled for posting on Facebook. One can understand from it what has been happening in Bengal," claimed Anupam.

As per Anupam, the sole reason for sidelining him from the party was his refusal to towing district leaders diktat. His rivalry with Birbhum district President Anubrata Mandal was known to all.

However, Anupam's joining the BJP interestingly coincided with the timing when Trinamool supremo Mamata Banerjee was announcing TMC's candidate list for the Lok Sabha election in Kolkata. Trinamool has fielded Asit Kumar Mal to contest on Bolpur seat.

And Anupam's joining programme, in the presence of Kailash Vijaywargiya and Mukul Roy started at BJP headquarters in Delhi minutes after Mamata concluded her press conference in Kolkata. Anupam claimed that nobody would be able to defeat him in Bolpur if he is fielded by BJP as a candidate which he is very much confident of.

Anupam is a professor in sociology and had no political background at all. "In 2014 Mamata didi dragged me into politics and promised that as my field of study is sociology, I would get a great opportunity to do social work but the reality is something different," he alleged.