In a separate incident, a mall and the adjacent shops in Ahmedabad's Memnagar were vandalised and vehicles were also torched in protest against the film. 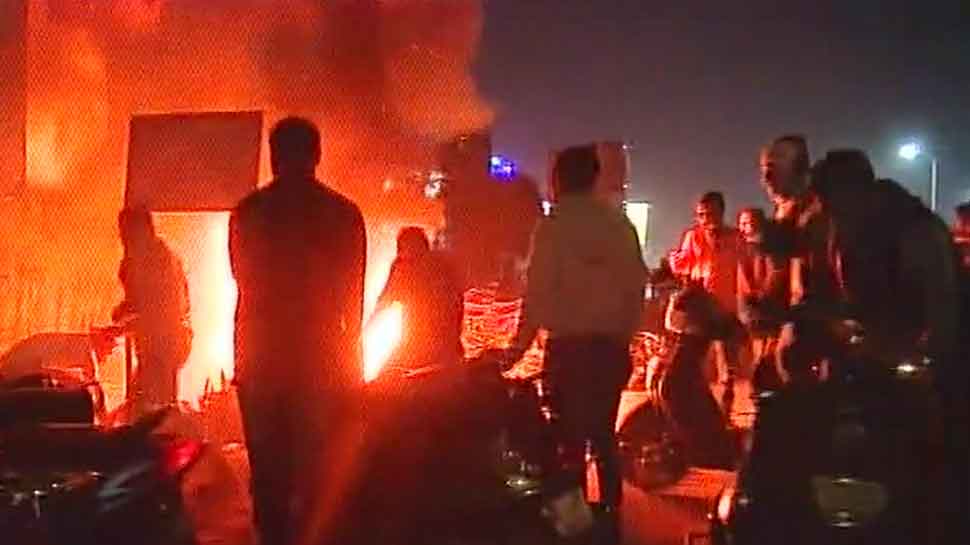 Ahmedabad: A group of men on Tuesday vandalised the area outside a multiplex and torched vehicles here in protest against Sanjay Leela Bhansali's Padmaavat. The incident took place in Ahmedabad's Thaltej.

#Gujarat: A group of men vandalised the area outside a multiplex in Ahmedabad's Thaltej and torched vehicles in protest against #Padmaavat pic.twitter.com/UmvZfP7NgO

In a separate incident, a mall and the adjacent shops in Ahmedabad's Memnagar were vandalised and vehicles were also torched in protest against the film.

"We had put up boards saying we won't screen the film still the mall was attacked by a horde of men," Mall Manager Rakesh Mehta said.

Gujarat: A mall and adjacent shops vandalised, vehicles torched in protest against #Padmaavat in Ahmedabad's Memnagar, police at the spot. Mall Manager Rakesh Mehta says, 'we had put up boards saying we won't screen the film still the mall was attacked by a horde of men'. pic.twitter.com/VYh0ddz7Oj

In Rajasthan, the protests against the film have intensified, with Sri Rajput Karni Sena going all out against the film and asking theatre owners to not screen the movie till Supreme Court decides on the review petition filed by the state. Thousands of women brandishing swords on Sunday took out a 'Chetavani Rally' or a warning march in Rajasthan's Chittorgarh town to warn the authorities to stop the release of 'Padmaavat' movie or else be prepared for 'jauhar' by them.

Among the protesters were women, said to total 1,908, who have already registered for performing 'jauhar' (committing suicide by jumping into fire) in Chittorgarh.The protesters began their march from the Chittorgarh Fort and ended it at the main market in the town where they submitted a memorandum addressed to Prime Minister Narendra Modi to District Collector Indrajeet Singh.

It's not just in Rajasthan that the protests have intensified. On Sunday, members of Karni Sena and other Rajput organisations damaged DND flyover toll plaza counters and set ablaze a barrier.

Violent protests by members of the Rajput community were also witnessed across Gujarat on Sunday, with agitators damaging buses and blocking roads.Following incidents of protesters damaging and setting buses on fire, the police issued a stern warning and deployed more personnel in the affected areas. The Gujarat State Road Transport Corporation (GSRTC) also suspended its services in northern parts of the state.

HC pulls up govt for poor traffic management, congestion on roads in Gujarat