The school aims to bring back the ancient-style of schooling like in Nalanda and Takshashila, where students were taught several art forms.

Ahmedabad: A school in Gujarat gives admission to students on the basis of their horoscope. The school Hemchandracharya Sanskrit Pathshala at Sabarmati in Ahmedabad follows the yesteryear practise of giving admission by looking at the horoscope.

According to Akil Uttam Shah, an administrator at the school, the aim is to bring back the ancient-style of schooling like in Nalanda and Takshashila, where students were taught several art forms. Like reading scriptures, Astrology, Ayurveda, Language, Grammar, Maths, Vedic Maths, Yoga, Athletics, Music, Arts, horse riding, Law and Vaastu among other things. Aspiring students fill out a form, their horoscope is checked, and after a 15-day trial they may be selected for admission, an amount of Rs 3,000 is taken from them.

One of the success stories for the school is a student named Tushar Talawat who has represented his school in Vedic maths competition at national and international levels. He has won several laurels for his school. Talawat has been honoured by the Union HRD minister Prakash Javadekar for his achievement. There are other cases of students who have shown brilliance in music and other fields too.

The school is not affiliated with the state education department and does not offer any certificates. It believes that certificates are not the measure of a student's talent. The students can appear for the class 10th examinations via the National Institute of Open Schooling (NIOS) and as many as 35 students are currently preparing to sit for the tests.

Currently, there are about 100 students in the school, the admissable age is between 7 to 12 years and the course of education lasts for about 10-12 years. There are students from 16 different states and some are from outside India. 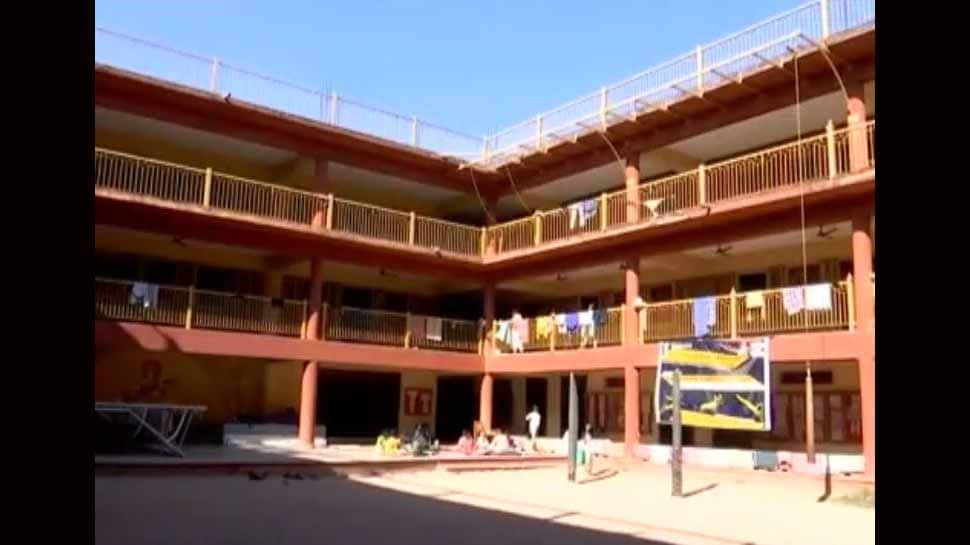 Students here wake up at 5 am and conduct day-to-day activities which include educational curriculum and cooking their own food. They are provided food and meals inside the school and are even administered medicines inside the school premises. They are given a yearly one month holiday during summers and monthly one day leave to meet with their parents.