The harassers have been arrested by the police. 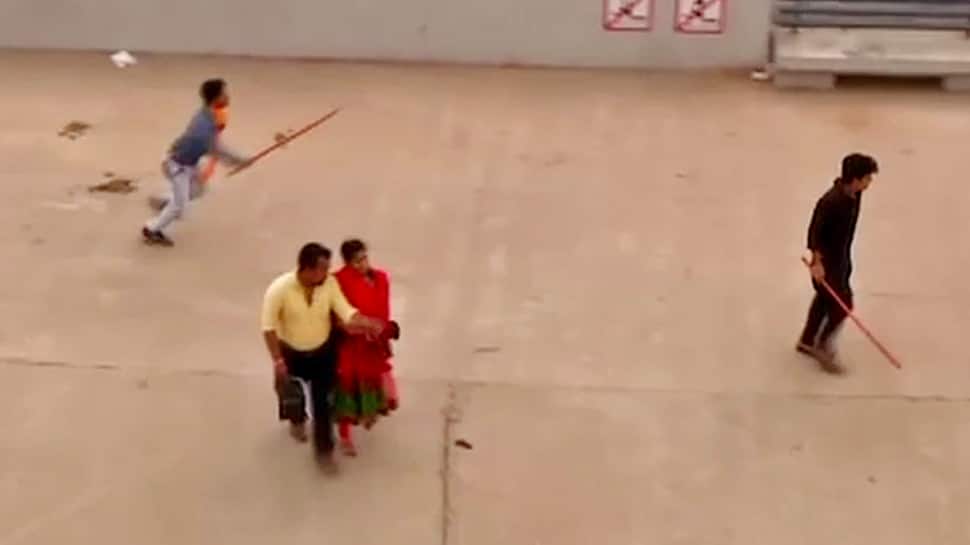 It's Valentine's Day, one of the largest celebrations of the loonies all over the country, and the day the threat of Westernisation of society is apparently highest. In yet another incident of moral policing and cultural bullying, members of a prominent far-right outfit harassed couples at Ahmedabad's Sabarmati Waterfront. Soon enough, they were arrested by the police.

Members of the Bajrang Dal turned up for their annual ritual carrying sticks and with some waring saffron scarves. With news cameras in tow, they ran about the Sabarmati Waterfront chasing off couples who had gathered there, though it is yet unclear how many of those couples were there expressly because it is Valentine's Day.

The Sabarmati Waterfront has come to occupy a showpiece spot in the urban landscape of Ahmedabad and is often touted as a key project in the progress the city made under former Chief Minister and current Prime Minister, Narendra Modi.

Pictures put out by news agency ANI showed Bajrang Dal activists running across the waterfront area with sticks in hand, as a couple walk away.

The activists were arrested by the police, ANI reported.

Predictably, the coming of Valentine's Day has seen extremist and fundamentalist outfits from across the country act up in their own local areas of influence. For instance, some of these activists met club owners in Hyderabad and 'presented a memorandum' asking them not to organise any special events to mark Valentine's Day.

Not just fringe outfits, even the Lucknow University had told its students that Valentine's Day is a western idea, and asked them to celebrate Mahashivratri instead.

(With input from ANI)