Know about Guam island, the US territory North Korea plans to attack with Intermediate-range missiles

US President Donald Trump has vowed to answer any more threats by North Korea with "fire and fury". 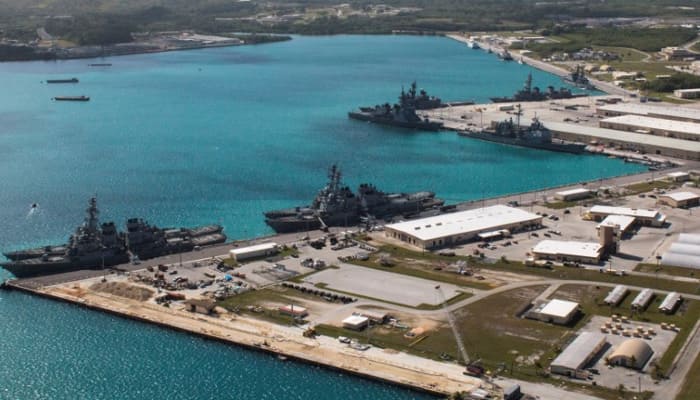 Guam: The Guam island has hogged the limelight recently. North Korea has issued a warning to attack the US territory with four intermediate-range missiles (IRBMs).

President Donald Trump has vowed to answer any more threats by North Korea with "fire and fury", remarks that followed Pyongyang saying that it is considering strikes near US strategic military installations in Guam island with its IRBMs.

Some facts about Guam island

Guam lies 2,000 miles to the southeast of North Korea and located about 3,800 miles west of Honolulu, Hawaii.

The island is inhabited by around 163,000 people. The residents are US citizens and referred to as Chamross.

The US has a heavy military presence at Guam. The military base includes a submarine squadron, an air base and a Coast Guard group.

Two supersonic US bombers took off from the island on a fly-over mission to Korea early this week.

The United Nations imposed a seventh set of sanctions on Pyongyang at the weekend that could cost North Korea USD 1 billion a year, with even the regime`s main ally China voting for the US-drafted proposal.