The accident occurred on NH 44, Hyderabad-Bengaluru highway, between a private bus and a Jeep.

At least 10 people were killed and several injured on Saturday after two vehicles collided in Kurnool district of Andhra Pradesh. The accident occurred on NH 44, Hyderabad-Bengaluru highway, between a private bus and a Jeep, resulting in the death of those travelling in the Jeep.

The private bus belonged to SRS travels and was going from Hyderabad to Bengaluru. According to locals, the Jeep reportedly rammed into bus resulting in fatalities. The death count is likely to increase. The injured have been shifted to nearby hospitals. 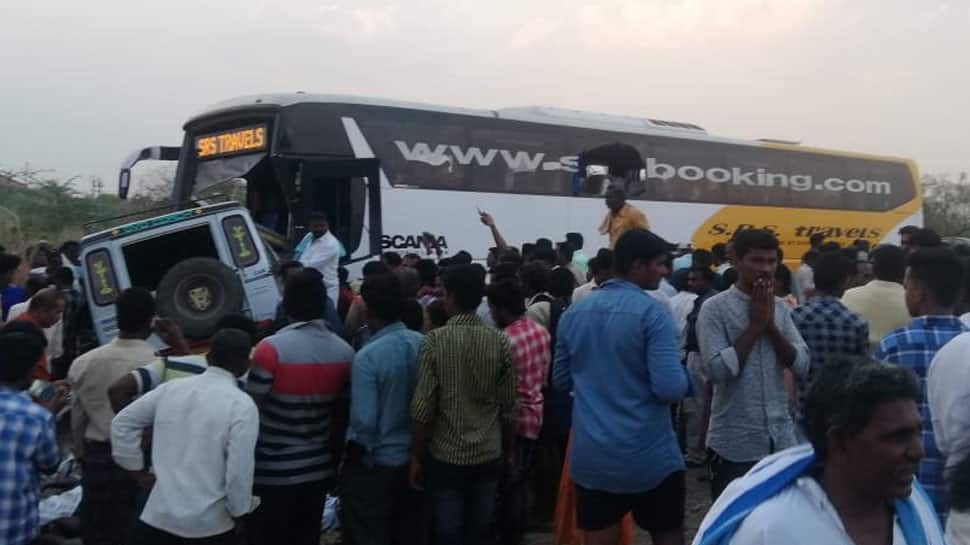 The police have launched an investigation in the matter. This is a developing story. More details are awaited.