While constable Nageshwara Rao was taken to a hospital, the police reportedly caught one of these youngsters and launched a search for the other two involved in this incident. 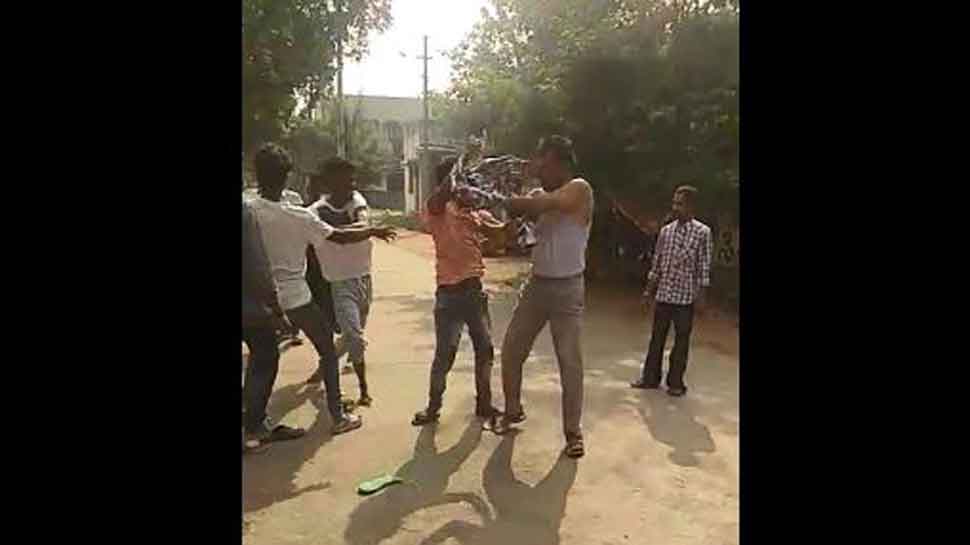 Rajahmundry: A constable was beaten up badly by three youngsters after he tried to take their photos for rash driving and triple riding in the Rajahmundry town of East Godavari district in Andhra Pradesh.

This incident took place on Thursday when constable Nageshwara Rao, who was on his two-wheeler in Anand Nagar area of Rajahmundry town, noticed the three youngsters apparently driving very rash next to him.

At a crossroad, Nageshwara Rao stopped and took their photos from his moble.

After noticing that Nageshwara Rao was taking their photos, these three youngsters came back and started beating and kicking the constable.

One of the passersby, an autorickshaw driver, tired to stop the youngsters but they wouldn't relent.

However, the nearest police station was informed after the incident.

While constable Nageshwara Rao was taken to a hospital, the police reportedly caught one of these youngsters and launched a search for the other two involved in this incident.