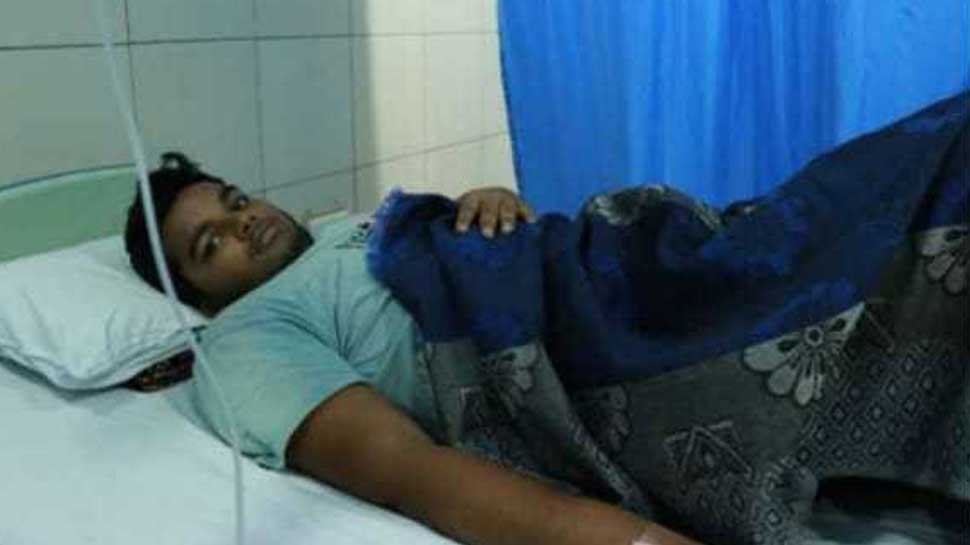 HYDERABAD: In a heart-warming story from Visakhapatnam in Andhra Pradesh, friends of a17-year-old student Neeraj Kumar, who is diagnosed with blood cancer, are running from pillar to post and doing everything they can to collect money for his treatment.

Having named themselves as ''Friends of Neeraj Kumar,'' the efforts and sincerity of these friends even convinced the new Andhra Pradesh Chief Minister, YS Jagan Mohan Reddy to stop his convoy and direct the health officials to immediately release money for Neeraj Kumar's treatment.

Andhra Pradesh Chief Minister Jagan Mohan Reddy orders Vishakhapatnam Collector to make arrangements for the treatment of a cancer patient. Some friends of the patient had approached the AP CM seeking help, yesterday, when he was on his way back from Sarada Peetham. pic.twitter.com/EuFD3lPjNR

Born to Appala Naidu, who does a small job in a local Gnanapuram vegetable market, and Padma, a housewife, in Visakhapatnam, Neeraj is the youngest of two sons.

A brilliant student, Neeraj studied in Ravindra Bharathi school till 10th standard, and his good nature earned him friends not only among his peers but also from teaching and supporting staff.

A month back Neeraj fell ill and was not recovering. The subsequent tests showed he has blood cancer. The bone marrow treatment suggested by Basavatarakam Memorial Cancer Hospital in Hyderabad gave the estimate of more than Rs 20 lakhs.

And since the family is from a very poor background and could not afford the treatment, ''Friends of Neeraj Kumar,'' came into being and almost all his friends are exploring every avenue to collect money for his treatment.

''When we got to know that Neeraj has to undergo bone marrow transplant and it requires huge amount, we decided to collect money by every possible means. We formed ``Friends of Neeraj Kumar'' and all of us, including his classmates, schoolmates, teaching and non-teaching staff are doing everything we can to get him good treatment. But we could collect only Rs two lakhs. Then we came to know the Chief Minister was coming to Visakhapatnam so we decided to bring to his attention. He not only stopped but ensured the amount is paid for the treatment,'' Solomon Raju, a friend of Neeraj, said.

While going back to Visakhapatnam airport after concluding his programmes in the city, the Chief Minister noticed the placards, stopped the convoy and heard Neeraj's friends. After checking all the papers, Jagan Mohan Reddy directed Visakhpatnam collector K.Bhaskar to immediately release money for treatment.

''CM Sir when he saw the placards asked us to stop the car. He then heard the friends of Neeraj and saw hospital reports and estimates and issued a direction to give a credit note to the concerned hospital to start the treatment immediately,'' disclosed K Bhaskar, Collector, Visakhapatnam.

Meanwhile, Neeraj Kumar is in the hospital and the doctors are getting to perform bone marrow transplant.

All the ''Friends of Neeraj Kumar'' are determined to help him in whatever ways they can.

Will try to serve Andhra Pradesh better than my father: CM Jaganmohan Reddy